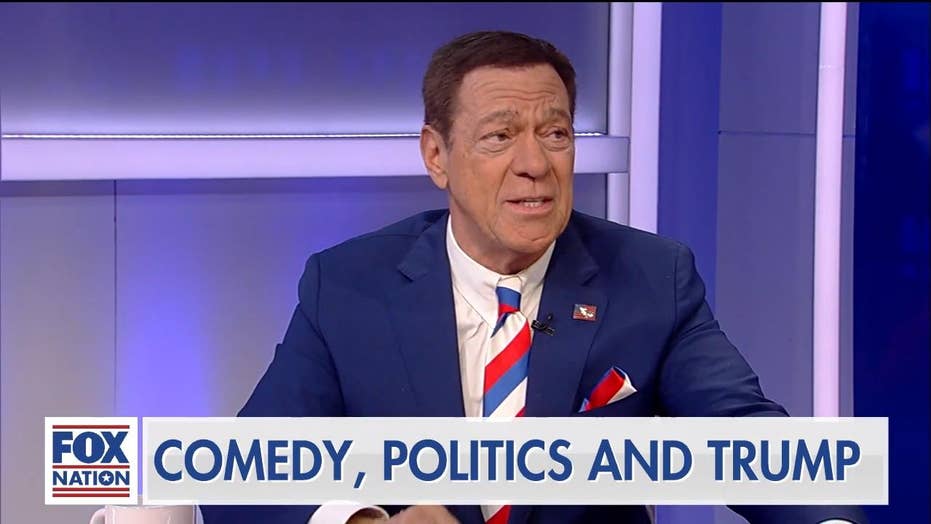 'Somebody's Gotta Save the State'

Actor-turned-radio host Joe Piscopo said he's thinking about running for governor of New Jersey in 2021 to help push back against political correctness and tame the radical nature of America's cancel culture.

“We got into [the race] last time and I stepped down, but our poll numbers were higher than the Republican," he told Fox News. "Yes I’m thinking about it, yes people are coming to me about it every day. They want me to run for governor. They just want to take New Jersey back. Because it has fallen, along with New York and California, into a progressive land that is run by the very few who do not represent the people, and that's scary."

The former "Saturday Night Live" cast member said he's motivated by his sense of civic duty and would likely run as an Independent to avoid the corruption associated with major political parties.

"Do I want to do it? It’s a sense of duty. It’s not that I’m looking for it," he explained. "A lot of these guys go into office for glory. The problem is the political parties are just for themselves. In New Jersey you have to talk to county chairs -- you’ve got to go play this game, that game. I just want to [jump] in. Last time I almost went in as an Independent because I think it’s time for that. People are sick of both parties."

Piscopo added: "I see the people that are going in. I know the landscape I know what can be done. And the trick is this -- in New Jersey, there are three million registered voters, that don’t even show up to vote because they feel like nobody cares. And I say this on the air, how do you awaken that sleeping giant?"

He also spoke about Trump supporters getting a bad rep and said Americans don't want to be lectured about what political values they should embrace. 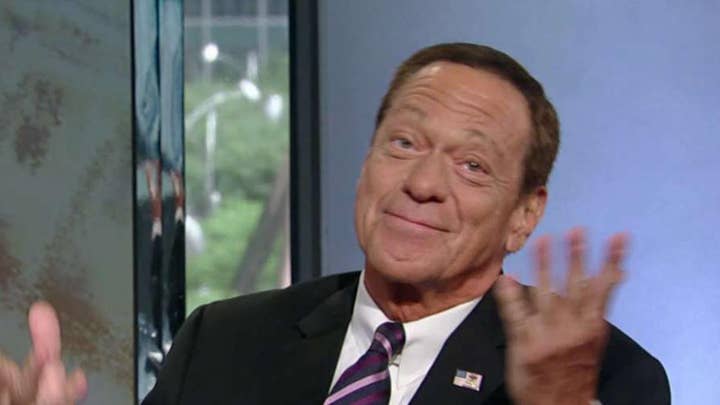 "I don’t think a guy can win the statehouse in Trenton unless he does back President Trump, whether you like him or not," Piscopo explained. "The power that was in that Wildwood [Trump] rally -- it was unbelievable. I’ve never seen anything like it. I’m speaking objectively -- never seen anything like it. It was like a Bruce Springsteen concert. I interacted with the crowd and they appreciated it. They're good people."

"They say if you like the president you’re in a cult. You guys don’t get it. The whole deplorable thing," he continued. "They don’t understand. I’ve played Georgia, I’ve played Kansas City. And I stand in front of these crowds and I say, 'I’m so proud to be here in the heart of the United States of America, the greatest country on earth.' And they went crazy -- that’s how we should all feel."

America should be celebrated for the role it played in securing global peace, instead of being constantly torn down and disrespected, the New Jersey native said.

"People try to tell us how to live and how bad we are. People come from other countries, refugees, we accept them. We give them a life and then they attack us and call us racist and say we’re wrong," he said. "And we’re sitting there just trying to make a living, asking, ‘What did we do wrong?’ When my grandparents came here they wanted to come here. And if they didn’t like it they would have gone back home."

Piscopo, a lifelong Blue Dog Democrat, campaigned for Trump in 2016 and credited the experience with exposing him to the plight of average Americans, who are being vilified for their love of God and country.

"I’m a longtime Democrat so they said to me, would you go and campaign for the president? So now I’ve got to put my money where my mouth is," he said jokingly. "I’m headed to do the speech at the fairground in Tampa, Florida the Saturday before the election in 2016. I walk backstage and then I look around and it was quiet because he hadn’t shown up yet. I look out to the crowd, just for a second -- I pull the curtain back and it was 20,000 people, like a rock concert. People who were down front spotted me and I'll never ever forget the expression on their faces. They said, 'Joe! Oh my God! Look at that. Joe, he understands. He knows who we are. We’re the disenfranchised. He cares. Joe cares, man!'" 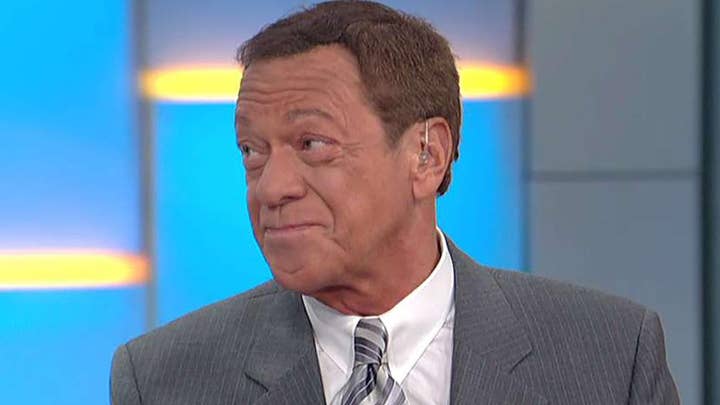 He added: "I was waiting for the president to come in and all of the sudden they do the pledge of allegiance. At the Democratic convention, they didn’t even have the flag there. So they do the pledge with secret service, Florida highway patrol, everybody -- hands over their hearts and I looked around and thought, boom -- I’m in the right place."

Piscopo's roots in talk radio run deep, all the way back to his college days in Jacksonville, Fla., when he was on the air for Jones College where he studied radio and television. In 2014 he was visiting a friend at WNYM radio station in New York and happened to show up on the same day the morning show host decided to quit. He was given a chance to go on air and did so well, he was offered the spot permanently and continues to host "The Joe Piscopo Show" on 970 AM to this day.

"The boss said, you’re good on the air, you should do something. This is Jerry Crowley. He’s worked with all the giants," he explained. "So I say, I’ll fill in because you lost your guy and do a couple of weeks and if it works great, if not then it doesn’t. So we did it and we are into our seventh year. Six years we’ve been on the air and we’re number one now in the network. It’s been a wild ride."

When asked if his career in talk radio has created any friction with his movie industry colleagues, Piscopo said his patriotism has been criticized but also claimed various actors have reached out to him in secret to tell him they agree with what he's saying.

“I was never on the A list or the B list -- I always say I wasn’t even on the waitlist," the actor joked. "I stayed home and I never played the game. You have to go grovel, and I’m not a good groveler. I don’t know that it’s the politics of it all, but I haven’t really had much backlash. However, I think once you align yourself with being a patriot, you’re pretty much maligned in the business."

"Friends from L.A. will call me and they’ll whisper and speak real quietly on the phone and they’ll say, ‘Wow, great show this morning man. You’re saying everything I believe. But I can’t say it.’ Isn’t that the wildest thing?" he continued. "Thank God for people like Jon Voight and Bruce Willis at the forefront. I was a Democrat my whole life. But then the party got away from what I believed, which is just, be true to the country, true to law enforcement, true to the military, true to family, [and] believing in God. My faith is strong, it always has been. Now they’re trying to virtually take Christianity away, so I feel like I’m on a mission."

Piscopo said he fears for the country but always tries to remain true try to what his father taught him, about the sanctity of faith and family.

"It’s a scary time now. They’re trying to take away everything that my father taught me," he explained. "Everything that he went through -- my grandfather, coming to this country, struggling in this country, learning the laws, learning the language. Believing in one nation under God, in God we trust. The strength and the ethnic foundation, the mosaic of the United States of America and we believed in this."

“Now they resent us," Piscopo added. "They’re telling us, ‘You’re bad. We’re not one nation under God and we’re teaching what we think your children should learn.' I don’t even know where we are. All I know is I’m staying on the path my father always taught me -- it’s about family, God, and country. That’s who we are."