Jeffrey Epstein kept a low profile since he was required to register as a sex offender in 2008 after receiving a lenient plea deal for allegedly paying girls for sexual massages.

Since being hit with new charges for alleged sex trafficking crimes, bizarre details of the 66-year-old’s mysterious life have been swept out from the shadows.

On August 10, Epstein was found dead in his Manhattan jail cell from an apparent suicide.

Here are five weird details to know about Epstein.

Collector of prosthetic breasts, dolls and other oddities

Epstein kept an assortment of peculiar items in his Manhattan mansion, from a life-like human doll dangling from a chandelier to a human-sized chessboard with scantily clad figurines modeled after his employees, according to New York Magazine. Other oddities include individually framed prosthetic eyeballs mounted along a hallway.

He kept prosthetic breasts by a bathtub that he could play with while bathing, Jennifer Araoz, a woman who claims she was abused and raped by Epstein when she was just 15 years old, told NBC News in a recent interview. She said there were also photos of naked women hanging in a massage room.

In addition to a heated sidewalk that would melt snow during winter, Epstein’s seven-story Manhattan residence held a mural he had commissioned of a prison yard – with the wealthy financier standing in the center, The New York Times reported.

The painting is described as photorealistic, complete with barbed wire, corrections officers and a guard station.

R. Couri Hay told the Times that Epstein had invited him over to view the mural. He said Epstein had the prison scene painted to serve as a reminder of “the possibility that could be me again.”

Mystery behind his fortune 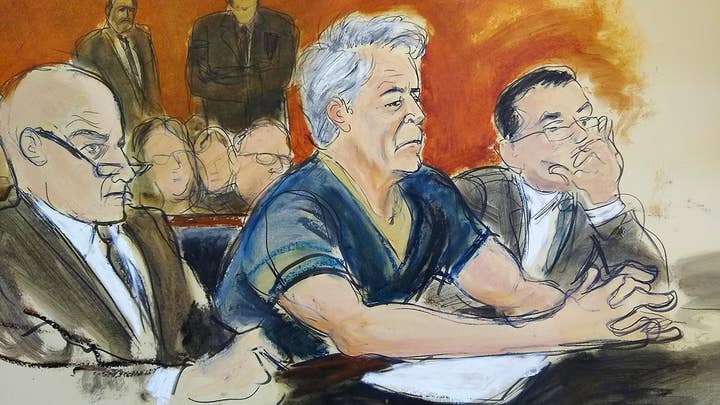 How Epstein obtained his fortune has remained unclear. He’s been described as a billionaire or wealthy financier, though the exact amount of his wealth has yet to be ascertained.

He previously ran a money management firm for the exceedingly rich, his most notable client being billionaire businessman Les Wexner, according to Bloomberg. He began his career working for Bear Stearns in 1976 before setting up his own money managing business in 1981, which only catered to billionaires.

It’s unclear what current business and clientele Epstein is involved with. Currently, what little is known about his wealth can be calculated through his properties, which include his $56 million Manhattan mansion, along with residences in New Mexico, Paris and the U.S. Virgin Islands.

He built a stone mansion with cream-colored walls and a bright turquoise roof surrounded by several other structures including the maids' quarters and a massive, square-shaped white building on one end of the island.

"Everybody called it 'Pedophile Island,'" Kevin Goodrich, who is from St. Thomas and operates boat charters, told The Associated Press. "It's our dark corner." 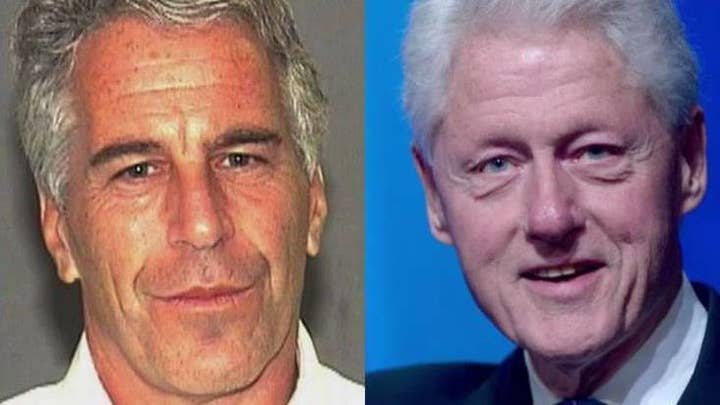 One of Epstein's alleged victims said in a court affidavit obtained by the AP that she saw former President Bill Clinton on the island but never witnessed him having sex with anyone.

A Clinton spokesman issued a statement denying the claims, saying Clinton never traveled to the island. The statement said the former president took a total of four trips — in 2002 and 2003 — on Epstein’s airplane, each time accompanied by Secret Service detail.

"Staff, supporters of the foundation, and his Secret Service detail traveled on every leg of every trip. He had one meeting with Epstein in his Harlem office in 2002, and around the same time made one brief visit to Epstein’s New York apartment with a staff member and his security detail," the spokesman said.

In the statement, Clinton's spokesman said the former president hasn't communicated with Epstein in over a decade.

“He’s not spoken to Epstein in well over a decade, and he has never been to Little St. James Island, Epstein’s ranch in New Mexico, or his residence in Florida,” the statement continued.

But a story published in March 1995 by the Palm Beach Post says then-president Clinton attended a “three-hour dinner” at the time with a “very select group of people” at the Palm Beach home of business magnate Ron Perelman – a diverse group that included Epstein.

It remains unclear how well the two knew each other early on during Clinton's presidency. A spokesman for Clinton did not immediately respond to Fox News’ request for comment on a story about the timeline of their interactions earlier this week.

Fox News' Andrew Keiper and Brooke Singman and The Associated Press contributed to this report.