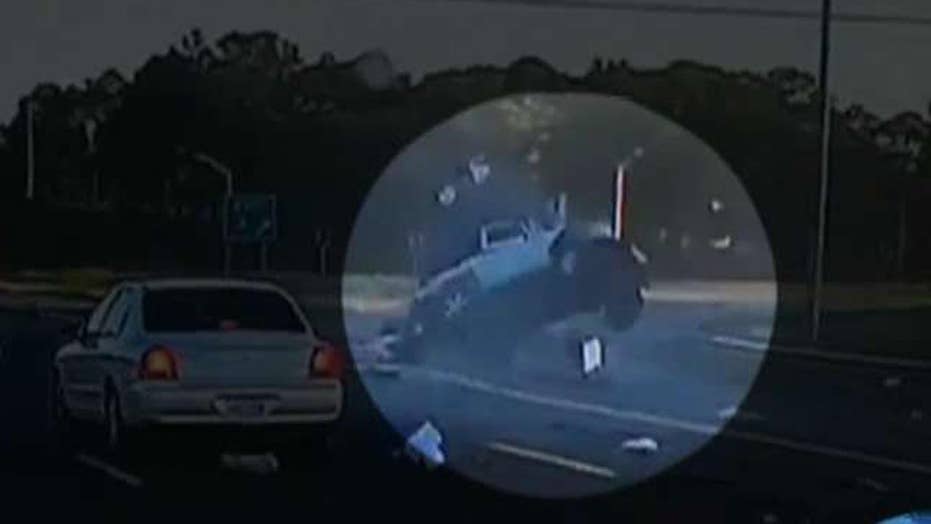 Dramatic video shows the moment an ejected driver walked away from a car wreck in Alabama after his Jeep flipped several times.

AJ Calvin was on his way to work on Tuesday night when he witnessed the wreck, which was captured on his dashboard camera.

Calvin told Fox 10 he witnessed two cars fly by on Interstate 65 in Mobile. "I said to myself, 'Somebody’s going to get in a wreck,'" he recalled.

The dashcam footage showed the Jeep clip a red car and flip multiple times before ejecting the driver. Miraculously, the driver got up and walked back toward his car.

Witnesses pulled a passenger from the vehicle, Calvin said.

Both people in the Jeep were rushed to the hospital with serious injuries, but are expected to survive. The driver of the red car wasn't hurt.