The plaintiff known as "Jane Roe" in the landmark 1973 Supreme Court Roe v. Wade ruling that legalized abortion switched her support to pro-life movement after being paid to do, she said in a stunning admission before her 2017 death.

Norma McCorvey, who died at age 69 from heart failure, made the revelation in a documentary titled “AKA Jane Roe,” which is slated to air Friday.

“This is my deathbed confession,” she said. “I took their money and they took me out in front of the cameras and told me what to say. I did it well too. I am a good actress. Of course, I’m not acting now.” 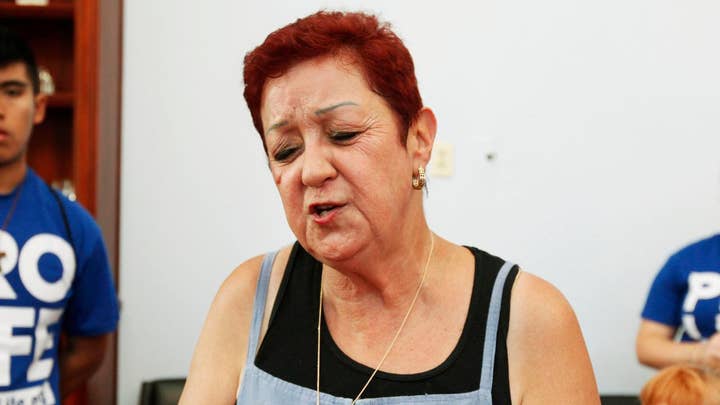 She reportedly received $450,000 in “benevolent gifts” from the pro-life movement to change her stance, The Guardian reported.

The documentary -- filmed in Texas in the final months of McCorvey's life -- will be broadcast on the FX cable channel. It explores her troubled upbringing and how she became the poster child for the pro-choice movement before her conversion to Christianity in the 1990s.

Included in the film are scenes showing McCorvey with a look of disappointment during the 2016 presidential election night.

“I wish I knew how many abortions Donald Trump was responsible for,” she said. “I’m sure he’s lost count, if he can count that high.”

In an effort to set the record straight as she was nearing death, McCorvey confirmed she was pro-choice.

“If a young woman wants to have an abortion, that’s no skin off my ass," she said. "That’s why they call it choice."

Rep. Alexandria Ocasio-Cortez, D-N.Y., weighed in on the film via Twitter.

"Wow: Norma McCorvey (aka “Roe” of Roe v Wade) revealed on her deathbed that she was paid by right-wing operatives to flip her stance on reproductive rights," she wrote. "So, like many right-wing operations, it turns out a huge part of the anti-choice movement was a scam the entire time."

The debate over the 1973 ruling hasn't subsided in the decades since, with opposing sides of the issue fighting tooth-and-nail to either preserve or overturn the decision. It has since become somewhat of a litmus test for nominees to the high court and White House candidates.

Rev. Robert Schenck, an evangelical pastor who worked with McCorvey after her conversion to Christianity, said the pro-life movement exploited her weaknesses for its own gain.

“What we did with Norma was highly unethical,” Schenck said in the documentary, according to Reuters. “The jig is up.”