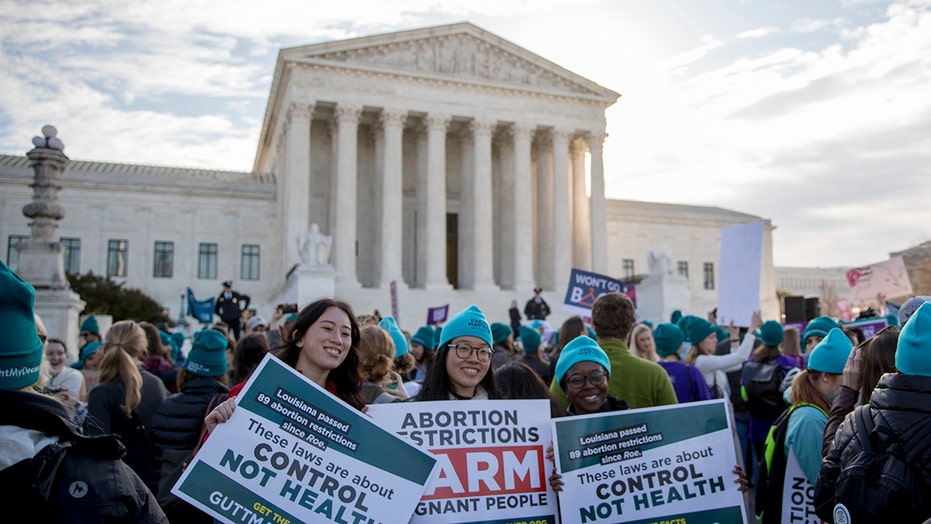 Supreme Court Associate Justice Brett Kavanaugh did not author Monday's opinion that overturned a 1972 decision regarding unanimous jury verdicts, but in a concurring opinion he outlined how he believes the court should determine when it is appropriate to throw out "erroneous precedents."

In doing so, he invoked the abortion debate.

Kavanaugh's concurrence opened by pointing out that it is far from rare for the court to overturn a long-standing precedent, listing high-profile cases including the decision in Planned Parenthood v. Casey. That case is known for maintaining the right to an abortion, but Kavanaugh discussed in a footnote that it is also relevant because it overturned elements of Roe v. Wade.

"In Casey, the Court reaffirmed what it described as the 'central holding' of Roe v. Wade," Kavanaugh wrote, but noted that the court also "expressly rejected Roe’s trimester framework, and the Court expressly overruled two other important abortion precedents.”

Kavanaugh asserted that history shows that the tradition of following judicial precedent – commonly referred to as the doctrine of stare decisis – “is not an ‘inexorable command.’” Still, he made clear that “to overrule a constitutional precedent, the Court requires something ‘over and above the belief that the precedent was wrongly decided.’”

The justice then put forth suggestions of three questions justices can ask to decide whether a wrong decision warrants being overturned. First is whether the old decision is “not just wrong, but grievously or egregiously wrong?” He explained that justices can look to quality of reasoning, consistency with other decisions, changed laws and facts, workability and more in answering that question.

The second question is whether the past case “caused significant negative jurisprudential or real-world consequences?” This includes “real-world effects on the citizenry, not just its effects on the law and the legal system.” The third question is whether overturning the case would “unduly upset reliance interests?” This would include looking at how old the precedent is and how people have relied on it.

Precedent was a subject of the grilling Kavanaugh faced during his Senate confirmation process, particularly regarding Roe v. Wade and Planned Parenthood v. Casey. He emphasized at the time that it is precedent, and that Casey is “precedent on a precedent.”

Abortion rights proponents may look to Monday’s concurring opinion as evidence that Kavanaugh is ready, willing and able to overturn precedent, but conservatives could also point to words that would seem to indicate otherwise.

“[E]ven when judges agree that a prior decision is wrong, they may disagree about whether the decision is so egregiously wrong as to justify an overruling,” he wrote.

At his confirmation hearing, Kavanaugh pointed out the late Chief Justice William Rehnquist affirmed Miranda despite criticizing that decision in the past, because “he decided that it had been settled too long, had been precedent too long.” During the same hearing, Kavanaugh said of Roe v. Wade, “It’s not as if it’s just a run-of-the-mill case that was decided and never been reconsidered.”

Kavanaugh noted in Monday’s opinion that in some cases justices could disagree about “the severity of the jurisprudential or real-world consequences caused by the erroneous decision and, therefore, whether the decision is worth overruling.” He suggested that rather than overturning a previous decision, justices could address the issue “by narrowing the precedent.”

The proposed framework for stare decisis, Kavanaugh said, “set[s] a high (but not insurmountable) bar for overruling a precedent,” and  “limit[s] the number of overrulings and maintain[s] stability in the law."

The narrowing of abortion rights has been the concern of those opposing a Louisiana law at the center of a case currently before the Supreme Court. In March justices heard oral arguments in June Medical Services LLC v. Russo, which involves a Louisiana law requiring abortion doctors in Louisiana to have admitting privileges at a nearby hospital.

In 2016, the Supreme Court shot down a similar law that had been passed in Texas because it created an undue burden on women seeking an abortion by limiting the number of available facilities.