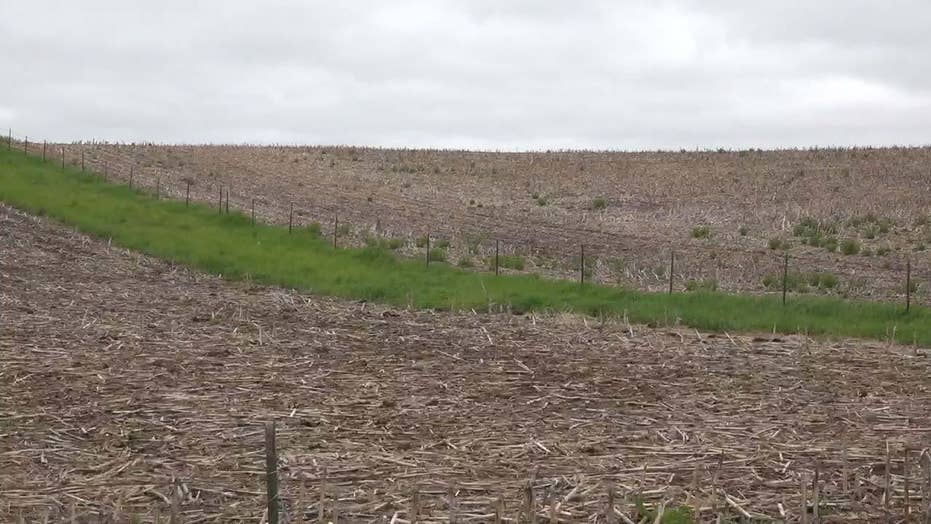 OXFORD, Iowa  -- The impact the current trade disputes are having on the soybean and corn industries is expected to cost farmers in the state an estimated $1 billion, according to a study done by Iowa State University.

And with no signs of a trade agreement in sight between the U.S. and China, farmers in Iowa are hoping that hemp could be the answer to financial strains that farmers are feeling as a result of the trade wars. Historic flooding has also hurt the industry, causing a delay in planting seeds for the upcoming season.

HISTORIC FLOODS IN MIDWEST HAVE FARMERS WORRIED ABOUT THEIR FUTURE

When President Donald Trump signed the 2018 Farm Bill, it opened the doors for new possibilities among American farmers by allowing states to individually consider hemp production.

The need for a third commodity crop, outside of corn and soybeans, is crucial to Iowa farmers, according to Iowa farmer Kevin Kinney.

“The biggest problem right now that farmers are facing is the struggle with cash flow,” he said. “Right now, soybeans are under break-even prices. It’s hard to even go out and contract."

When he’s not tending to his family farm, Kinney also serves as a state senator in Iowa. Kinney recently backed bi-partisan legislation in Iowa to legalize the production of hemp, which is a strain of the cannabis plant but different from marijuana.

Up until April, Iowa along with eight other states, considered hemp a controlled substance and it was illegal to grow it. The Iowa bill that would legalize it is awaiting the signature of Gov. Kim Reynolds.

Hemp, often referred to as marijuana’s cousin due to its THC levels, has been banned since 1970.

“That’s one of the challenges with the people interesting in growing hemp is we don’t have a lot of current experience in growing hemp in Iowa because it’s been illegal for so long,” said Angie Rieck-Hinz, a field agronomist with Iowa State University.

“There’s 25,000 different uses for hemp, including food, clothing, and makeup,” he said.

Agriculture experts warn that it’s too soon to know if hemp will have any positive impact on farmers and their pocketbooks. But hemp is rich in CBD, and CBD oils, used for medicinal purposes, are becoming extremely popular and lucrative.

Advocates insist the research behind hemp’s impact is out there just by looking at the other states that allow it.

“The work that’s coming out of places like Kentucky, Washington, Oregon Colorado, and even Minnesota, shows that people are engaging with that plant and we’re getting that research,” Dr. Christopher Disbro, CEO of Heartland Hemp Company said.

Once Iowa's governor signs the bill, farmers will need approval from the U.S. Department of Agriculture to move forward with hemp production.