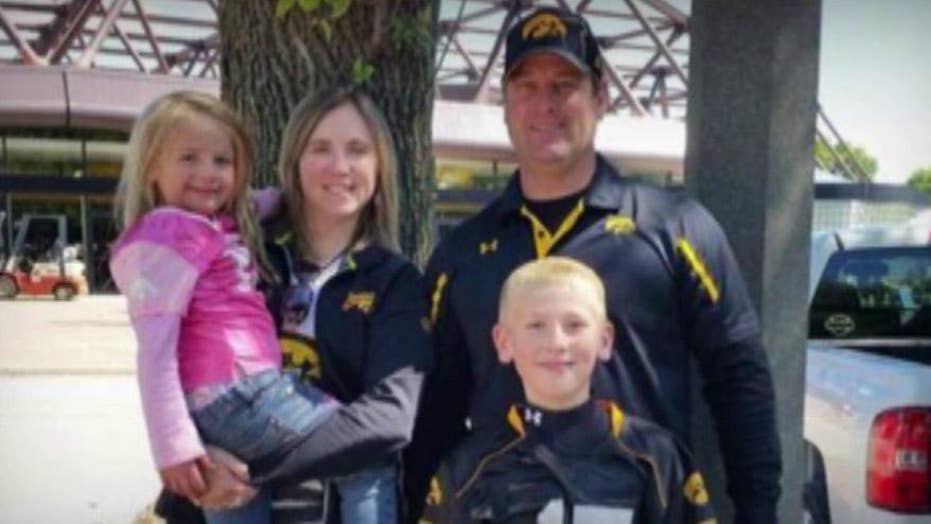 The family of four was found in the condo they rented in a tourist complex in Tulum, Mexico.

The family of four from Iowa who were found dead in their condominium in Mexico last month were suffocated by gas from a faulty water heater, Mexican police said.

Christopher Martinez, of the prosecutors’ office and the case’s lead investigator, told the Des Moines Register the family – Kevin Wayne Sharp, 41, Amy Marie Sharp, 38, Sterling Wayne Sharp, 12, and Adrianna Maria Sharp, 7 – appeared to have died from asphyxiation while resting at the Tao condominium complex near Akumal.

Initial autopsies showed the family “died of asphyxiation from propane inhalation,” he said.

“There was a leak, and it was coming right from the laundry room,” Martinez continued. “The laundry room had no ventilation whatsoever.”

Mexican authorities previously said the family died from inhaling toxic gas and “any violent act or suicide has been discounted.”

Police investigated the water heater and discovered “rust had corrupted the device,” which is common in countries with tropical climates. Investigators also found the water heater’s warranty expired last year.

Jana Weland, Amy Sharp’s cousin, said the family was aware the water heater was the alleged cause of the leak but officials from the U.S. and Mexico have not told them what the family inhaled. She said they have not yet received a call from the U.S. consulate.

"No one has contacted the family and told them exactly anything yet," Weland said. "It is frustrating for the family because we have not gotten anything final."

The Sharp family was found dead in a condominium in a Mexican resort. (Facebook)

Investigators gave a timeline of the family’s last hours alive. Police believe they went to the beach after discovering sand in their rental car. Officials said they believe the family returned to the room to wash up. When authorities found the family, the children were discovered dead in front of the television while the parents were found in the bedroom where they appeared to have been sleeping at the time of their deaths.

Maritnez said there were no signs indicating foul play at the time of their deaths.

“They were totally relaxed,” he said, “like if you go to sleep and stay in one position.”

Investigators were not immediately sure what time the family died but an autopsy will most likely reveal those details.

Martinez also questioned why employees at the complex did not go to the room for cleaning.

“It’s the very first time that something like this has happened," he said. "We don’t have any reports of this before.”

The Sharp family left their hometown of Creston, Iowa, to travel to Tulum, Mexico, on March 14 and were found dead on March 22. They were scheduled to depart from the Cancun airport on March 21 and fly to St. Louis on a non-stop flight. The family planned to then drive about 200 miles to Danville, Illinois, to watch a basketball game Thursday.