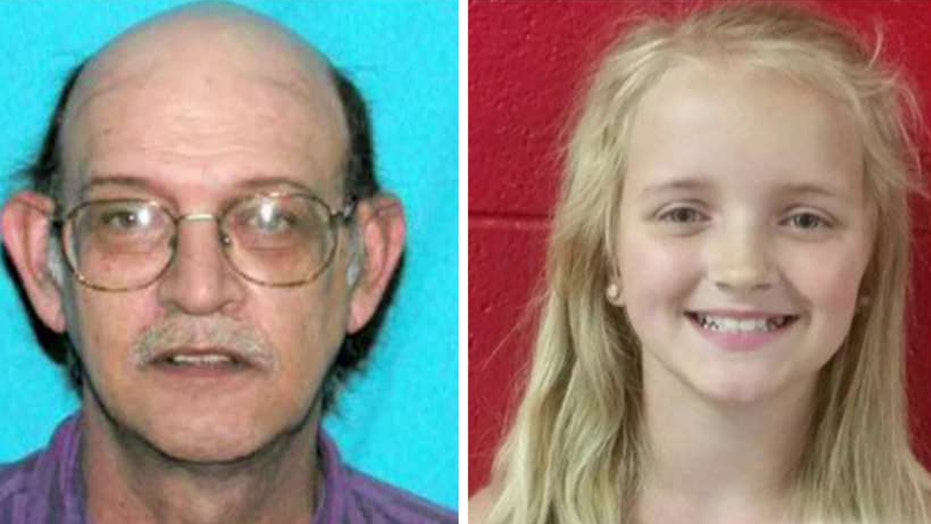 Reward offered in the search for missing 9-year-old girl

Investigators involved in the desperate search for a missing 9-year-old Tennessee girl believed abducted by her uncle emphasized Wednesday the case is not a simple custody dispute and stressed that Carlie Marie Trent could be in grave danger.

“We realize Gary Simpson is Carlie Trent’s uncle by marriage but we have specific – we have credible – information that Carlie Trent is in imminent danger of serious bodily harm or death,” Tennessee Bureau of Investigations spokesperson Josh DeVine said during an afternoon press conference. “When we say this child is in danger we absolutely mean it.”

DeVine was particularly concerned about a narrative that had developed in the week since Trent was picked up from her school by Simpson, her former guardian. Simpson, 57, had recently lost custody of Trent, who was in her father’s care before her disappearance. But DeVine was emphatic that Trent’s kidnapping was not merely the product of a guardianship battle.

An Amber Alert remained in effect Wednesday, however, authorities had yet to receive a tip of any concrete sightings of Trent or Simpson. Officials believe the two may be in a campground or secluded area.

Shortly before he picked Trent up at school, Simpson withdrew money from a local bank, DeVine said Wednesday. Though he wouldn’t reveal the amount of money Simpson had taken out, DeVine said police believed Simpson only had a “limited amount” left.

Officials revealed Tuesday that Simpson had purchased multiple items before taking Trent, including lipstick, a package of young girls’ underwear, a young girls’ night gown and nail polish. The two were spotted on surveillance cameras at a grocery store buying several non-perishable items just after Trent had left the school.

As her former guardian, Trent had previously been authorized to remove Trent from school. The school had not yet been notified that Trent’s guardianship had changed.