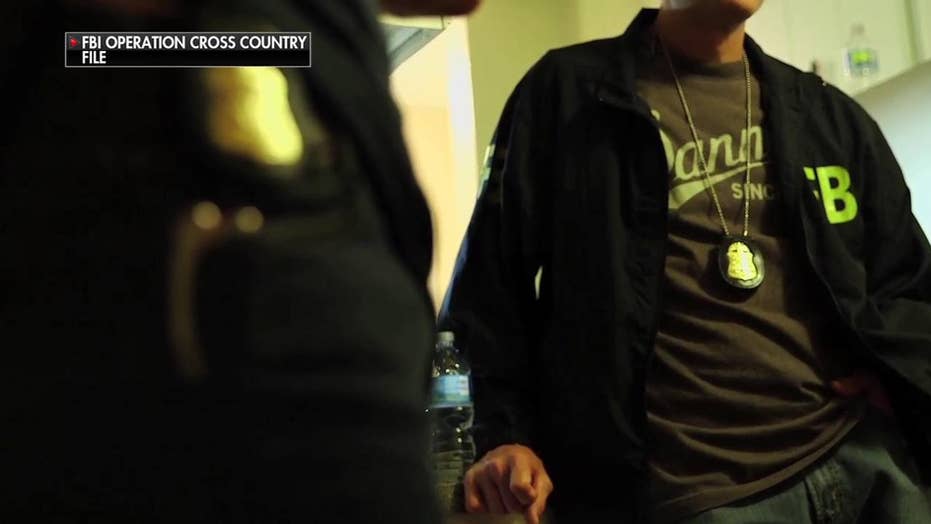 Sex trafficking is often hidden in plain sight, with traffickers taking the highways to move their victims from city to city. In the third installment of the multi-part Fox News investigation, we detail law enforcement efforts to fight forced sex work through exclusive interviews with sheriffs, detectives and FBI directors.

The horrors of human trafficking are often hidden in plain sight.

Most of the public sees this horrific crime as one that happens elsewhere—far away from their backyards, but the shocking reality is that human trafficking is pervasive across the United States and the next victim could be right next door.

As part of an ongoing investigation into human trafficking, Fox News interviewed law enforcement officials at the state and federal levels to better understand their efforts to stop the shocking forced sex trade.

UNDERTOW OF EXPLOITATION: HOW TEENS GET TRAPPED IN HUMAN TRAFFICKING

“They’re hiding in plain sight,” Corporal Alan Wilkett, a veteran of the Pasco County Sheriff in Florida, said. “The trafficker is comfortable in that there’s such high transit [on the highways] that it becomes difficult to spot the activity.”

"Those corridors are so hot with human trafficking activity that, at times, we put together a task force just to attack those corridors.”

Wilkett, who spearheads a human trafficking task force for Pasco County, says that highways are often used to transport victims from city to city, where their captors force them to work.

“If a trafficker is getting his victim from one place to another, for instance, a high end or high populace activity that’s happening in Tampa,” Wilkett said. “So he’s going to use the I-4 corridor. In fact, those corridors are so hot with human trafficking activity that, at times, we put together a task force just to attack those corridors.”

Law enforcement task forces, often coordinated between different agencies, are a common tactic to combat a variety of crimes – including human trafficking. Often, the Federal Bureau of Investigation will partner with a local police department to conduct sting operations on traffickers. Such is the case in Toledo, Ohio, where Det. Peter Swartz leads the department’s efforts in the fight.

Swartz, who focuses full time on human trafficking, pulls double duty as a detective for the Toledo Police Department and a field agent for the FBI. He said he sees victims that have been trafficked through Toledo from across the country.

“They were on their way to Florida, Atlanta, Georgia. You know, Orlando, Tampa,” he said. “We know some victims end up there and some of our traffickers end up there.”

Swartz said he gets fulfillment from the work, even though he’s often dealing with minors who have been trafficked against their will. More importantly, he said the people coercing the teens into forced sex work are facing consequences.

“I think we’ve made a significant difference as far as sex trafficking,” Swartz said. “A lot of the cases that we work with, the predators, the pimps, the traffickers are getting substantial sentences for turning out our kids.”