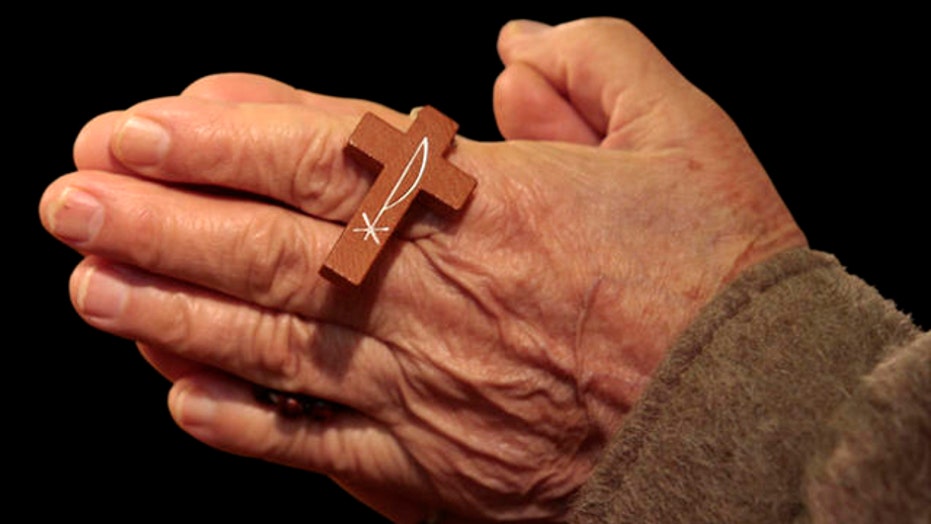 INDIANAPOLIS – A religious objection bill that opponents say could legalize discrimination against gays cleared the Indiana Senate on Tuesday, positioning the state to become the first to enact such a change this year ahead of an expected U.S. Supreme Court ruling on same-sex marriage.

The measure would prohibit state and local laws that "substantially burden" the ability of people — including businesses and associations — to follow their religious beliefs. Senators voted 40-10 along party lines to support the Republican-backed bill and advance it to GOP Gov. Mike Pence, who has said he will sign it into law.

Some national gay-rights groups say lawmakers in Indiana and about a dozen other states proposed the change as a way of essentially granting a state-sanctioned waiver for discrimination as the nation's highest court prepares to mull the gay marriage question.

But supporters argue the bill merely seeks to prevent the government from compelling people to provide services, such as catering or photography, for same-sex weddings or other activities that they find objectionable on religious grounds.

Democratic senators picked up on criticism of the measure from some companies and business groups that it could cast Indiana as an unwelcoming place and make it more difficult to attract conventions and top employees. They pointed out that the Senate vote was coming a week before Indianapolis will be hosting the NCAA men's basketball Final Four.

"Indiana is putting a big sign outside our door saying 'We discriminate'," said Democratic Sen. Mark Stoops of Bloomington.

An Arkansas Senate committee advanced a similar bill Tuesday after the proposal stalled last month following objections from retail giant Wal-Mart that it sent the wrong message about the company's home state. The proposal could go before the Arkansas Senate as early as Wednesday.

Rallies in support of and against the Indiana bill drew hundreds of people to the Statehouse in recent weeks, and Christian and Jewish clergy members testified on each side.

Supporters say the bill is closely modeled on a federal religious freedom law passed in 1993 and that 19 other states already have similar laws, albeit most of them approved long before states began allowing gay marriages.

They dispute arguments from opponents that the measure could be used to challenge local civil rights ordinances that go further than state law to protect gays and lesbians from discrimination or overturn state regulations on church day cares.

Senate Majority Leader Brandt Hershman, R-Lafayette, said the proposal sets a standard for courts to review government actions and that groups against it have stirred up fears for nothing.

"The opponents of this language can point to precisely zero — zero — negative outcomes from it. Nothing," Hershman said.

Eunice Rho, advocacy and policy counsel for the American Civil Liberties Union, said it appeared that the current wave of legislation is in reaction to the legalization of gay marriage in numerous states in the past couple years.

She said that the context of the debate is much different than when many of the existing laws were enacted in the 1990s and early 2000s.

"I think it is impossible to avoid the implication that the proponents want to be able to use this law to discriminate," Rho said.

The Indiana Chamber of Commerce had opposed the bill over concerns that it could lead to businesses facing lawsuits from employees claiming religious freedom violations, but a House committee inserted a provision specifying the measure couldn't be used in that way.

The Georgia Senate approved a similar bill on March 5, while the Alabama House on March 12 approved a bill saying no one can require a judge, minister or church to perform a wedding.

Indiana bill sponsor Sen. Scott Schneider, R-Indianapolis, said the measure has been the target of false rhetoric and wild accusations.

"We are on safe ground with this bill," Schneider said. " ... This is a foundational protection for the free excise of religion"

Rho said she considered many of the current state proposals more broadly written to allow additional religious liberty claims by people, businesses and organizations than the federal law.

"I think there is just the desire to make sure the laws are as expansive as possible," she said.