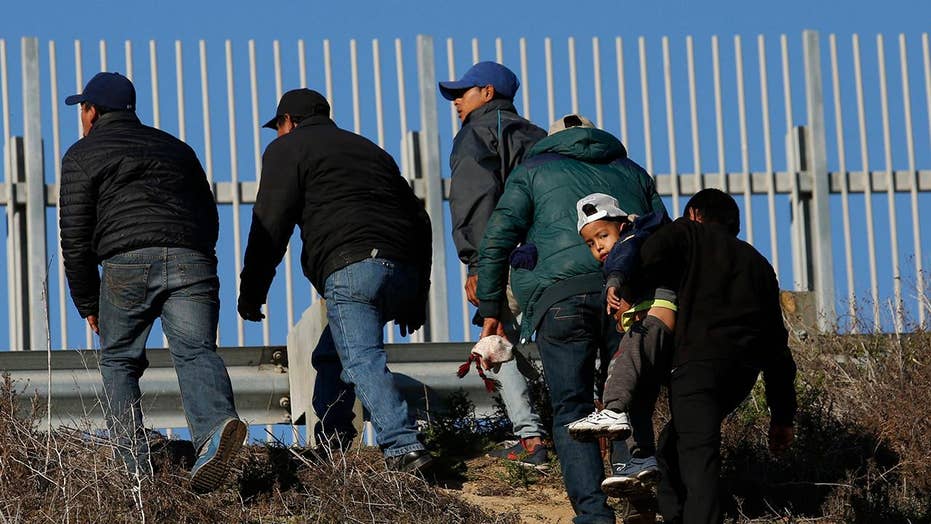 There is 'no relief in sight' to constant influx of migrants across the southern border, says Tucson Sector Border Patrol Chief Roy Villareal.

A recent request from the White House for Congress to supply an additional $1.4 billion in funding to deal with the crisis at the U.S.-Mexico border is aimed at creating a “deterrent” that would hopefully impede the flow of migrants crossing over, a Border Patrol official says.

Roy Villareal, the chief of the agency’s Tucson sector, told "Fox & Friends" Monday that the money would go toward increasing the size of detention spaces that hold migrants.

“There has been a request for supplemental funding and the key or the linchpin to this is to create some sort of deterrent and that does not exist right now because we are releasing people,” he said. “And without detention space, there is nothing that is going to impede this flow.

Migrant children stand outside the Homestead Temporary Shelter for Unaccompanied Children in Homestead, Fla, in May. The U.S. government is providing long-distance video counseling to teens housed at the country's largest migrant detention center as officials struggle to accommodate increasing numbers of minors illegally crossing the U.S.-Mexico border. (AP)

HUNDREDS OF MIGRANTS TO BE FLOWN TO CALIFORNIA IN AS MANY AS 3 FLIGHTS A WEEK, OFFICIALS SAY

“So the request for additional funding is so that we can either increase detention space – what we have done recently is we have erected two soft-sided facilities that can hold up to 500 migrants each – but we need help,” he added.

“Our normal detention capacity is about 4,000. A crisis level is 6,000… we are holding anywhere from 10 to 12 thousand people a day,” he said. “With this constant influx of migrants arriving every day, there is no relief in sight.”

He concluded that the “entire system needs a reboot.”