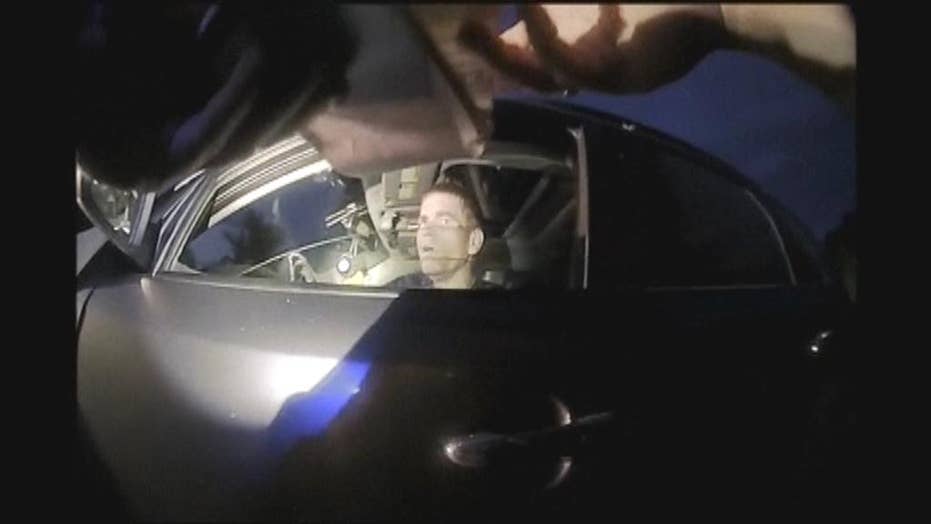 Video footage taken before the fatal shooting of a Pennsylvania man by a suburban Chicago police officer shows a struggle with the armed man, who was wanted in the death of another man.

An Illinois police officer's screams for help during a life-and-death struggle with a man wanted on a murder warrant before a backup officer fatally shot him were captured in dramatic videos released on Monday.

The Lake County State's Attorney released the dashcam and body camera videos from the July 26, 2018 encounter between Lakemoor officer Brianna Tedesco and Kenneth Martell, who was asleep in a parked car in suburban Chicago.

In the video, Martell tells Tedesco his name is "James Dunkin," but the officer tells him a search was unable to find a driver's license record for anyone matching that name

"I just have to make sure you don't have any warrants or anything... which I'm sure you don't," she could be heard saying. "Once I confirm that, you'll be on your way, no big deal."

Martell, who was wanted on a murder warrant for a fatal shooting in Pennsylvania, hands Tedesco a piece of paper then grabs a handgun and aims it at the officer.

The trigger didn't fire, and they struggled over the gun for about 20 seconds as Tedesco screamed for help.

The struggle between the officer was captured on dashcam and bodycam videos. (Lake County State's Attorney)

Another officer, Anthony Loiacono, quickly approached and shot Martell once after he attempted to grab a second weapon.

"This case illustrates how tough a job law enforcement can be," Nerheim said.

Martell faced a murder warrant in the beating and stabbing death three days earlier of Theodore Garver during a robbery in Springboro, Pennsylvania.

When authorities searched the nearby woods after the Illinois shooting they discovered additional weapons, including rifles, shotguns and crossbows, ABC7 reported.