Federal immigration officials say Oregon authorities prevented them from detaining for deportation an illegal immigrant from Mexico who is now charged in the brutal stabbing death of his wife, whose body was found in a ditch Sunday.

The case marks the latest dispute between federal authorities and Oregon over the state's "sanctuary" laws regarding illegal immigrants.

The suspect, identified as Martin Gallo-Gallardo, 45, had been released in March by the Multnomah County Sheriff's Office after prosecutors dismissed assault allegations against him. His wife and daughter stopped cooperating and a grand jury refused to indict him, FOX 12 Oregon reported.

The body of his wife, Coral Rodriguez-Lorenzo, 38, of Portland, was found near the Sandy River in the Bull Run-Sandy area east of Portland. She had been stabbed multiple times, authorities said.

Gallo-Gallardo was arrested this week and charged in the killing, according to an affidavit.

Officials from Immigration and Customs Enforcement (ICE) said the federal agency placed a civil detainer hold on Gallo-Gallardo while he was in custody in Portland so it could begin deportation proceedings. The agency said the sheriff’s department didn't honor the request because of the state's sanctuary laws. 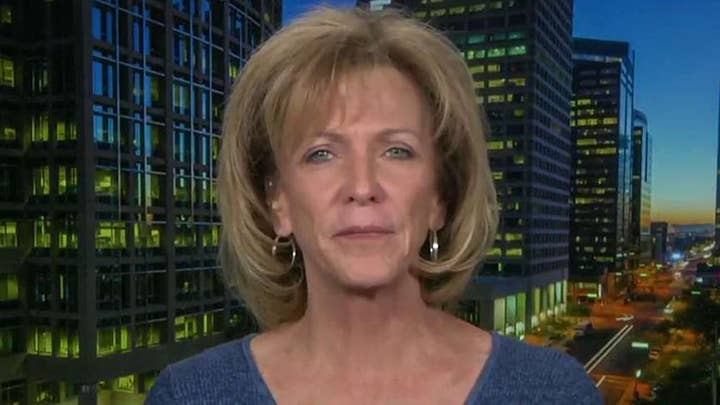 “It's unfortunate that law enforcement agencies like the Multnomah County jail refuse to work with ICE to promote public safety by holding criminals accountable and providing justice and closure for their victims," said Tanya J. Roman, a spokeswoman for the ICE regional office that covers Oregon, Washington, Idaho and Alaska.”

“It's unfortunate that law enforcement agencies like the Multnomah County jail refuse to work with ICE to promote public safety by holding criminals accountable and providing justice and closure for their victims."

“The U.S. Attorney's Office knows this, ICE knows this, but they persist in pursuing this failed strategy,” Multnomah County officials said.

Multnomah County Sheriff Mike Reese said Friday that the detainer request faxed to his office by ICE resulted in an error message on the transmission.

The case spotlights Oregon’s controversial immigrant sanctuary law adopted in 1987 that prevents law enforcement from detaining people in the country illegally who have broken no other laws. Voters on Tuesday will decide whether to repeal the law, OregonLive.com reported.

"The county's statement on this matter ignores the fact that there is no mechanism for a judge to issue a criminal warrant for an administrative immigration arrest. Oregon's sanctuary policies fail to recognize federally established processes for the enforcement of immigration law, and they do so at the expense of the safety of their citizens," according to ICE.

Reese opposes repealing the sanctuary law, saying in a recent TV ad that "it helps create bright lines for local law enforcement," the Daily Caller reported. “Communities we serve know that we’re focused on protecting and serving them. We’re not worried about their immigration issues.”

In addition, if ICE wanted to apprehend Gallo-Gallardo, its agents could have picked him up during the six months he was free before his subsequent arrest for allegedly murdering Rodriguez-Lorenzo, a sheriff's department spokesman said.

"They had his name, address, and telephone number," said Sgt. Brandon White, a spokesman for the Multnomah County Sheriff's Office. "It is disingenuous to make this claim when they failed to follow the process for even entering the civil detainer information into any law enforcement database."

Court documents state Gallo-Gallardo drove his wife to nearby Clackamas County after an argument and stabbed her multiple times. He pleaded not guilty to the crime Tuesday.