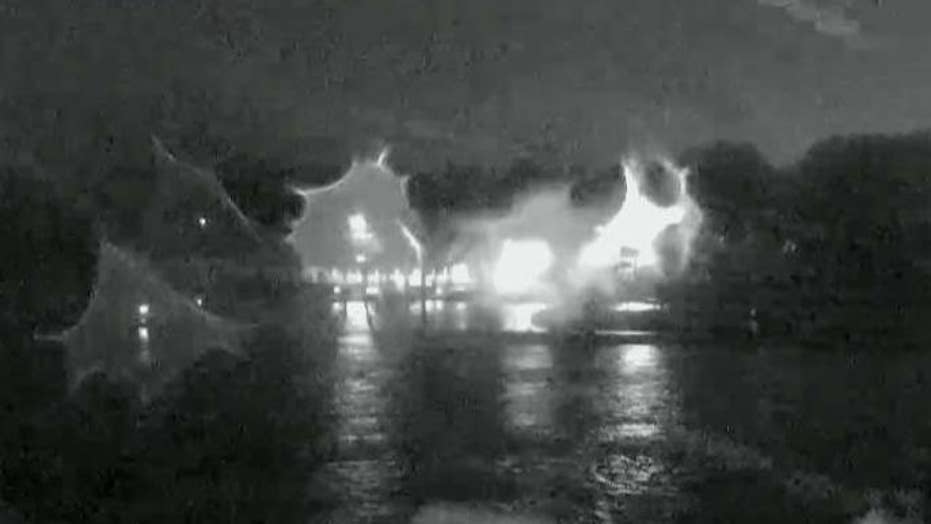 About 70 occupants, including an infant, other children and pets, were evacuated from the Triangle Motor Inn in Jacksonville, officials said in a news release. The evacuees were taken to the Jacksonville Center for Public Safety while authorities searched for more permanent quarters.

One officer discovered a “basketball-sized hole” in a corner room, officials said.

“Firefighters later found life-threatening damage to the structure. Cinder blocks that were part of the structure were crumbling in some places and residents were still in many of the rooms,” authorities said.

Portions of the roof collapsed, allowing the rain battering the Carolina coast ahead of Florence to flood some of the rooms.

There were no injuries reported.

Jacksonville is located on the New River, about 60 miles northeast of Wilmington.