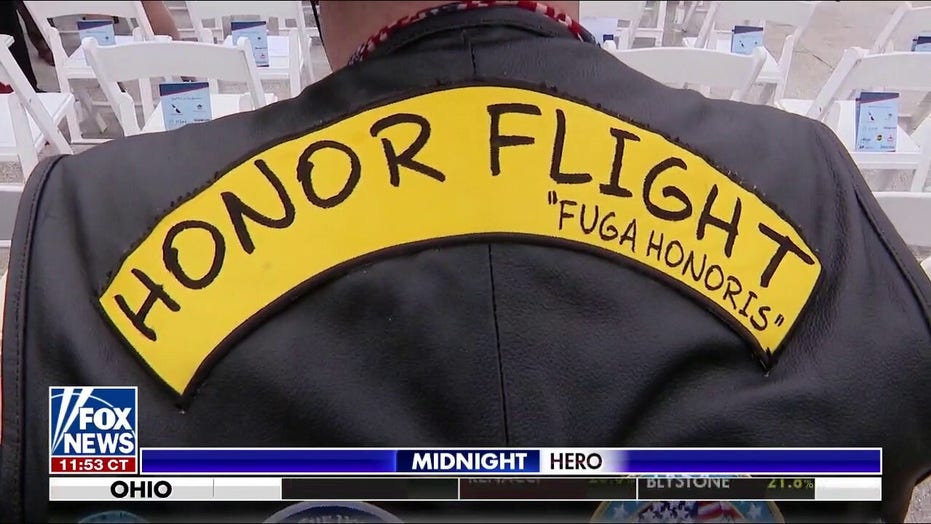 WASHINGTON – Veterans, dignitaries and volunteers gathered Tuesday at the World War II memorial in Washington, D.C., to mark the Honor Flight Network bringing its 250,000th veteran to the nation’s capital.

The organization has been bringing veterans to Washington since 2005 by welcoming them to share in a day of honor at America’s memorials.

During the ceremony, speakers such as former Sen. Elizabeth Dole, and Sens. Jerry Moran, R-Kan., and Mark Kelly, D-Ariz., took the stage to commemorate the milestone.

Dole, a former North Carolina Republican senator, told Fox News the special connection she and her husband, the late Bob Dole, had to the Honor Flight Network.

"My husband for 14 years came down here to the World War II memorial every Saturday to meet with the veterans coming in from honor flights. And often he would get on the bus and say hello to them before they even got off," she shared.

Dole added, "We think this is one of the finest programs we ever had, and it continues to make such a huge difference to so many people."

The nonprofit's CEO, Meredith Rosenbeck, shared how the journey and time spent in D.C. has given veterans the opportunity to share stories about their service.

The Honor Flight Network has accompanied over 240,000 veterans of World War II, the Korean War and Vietnam on all-expenses-paid excursions.

SCHUMER PUSHES BILL TO ASSIST VETERANS EXPOSED TO TOXIC MATERIALS: THEY 'DESERVE A HELL OF A LOT BETTER’

Korean War veteran Ernie Molina expressed his gratitude for the program, sharing with Fox News, "They didn’t have to do it, but they volunteered to do it and I just can’t thank them enough."

The services will resume June 1, according to the Department of the Interior and Honor Flight Network.