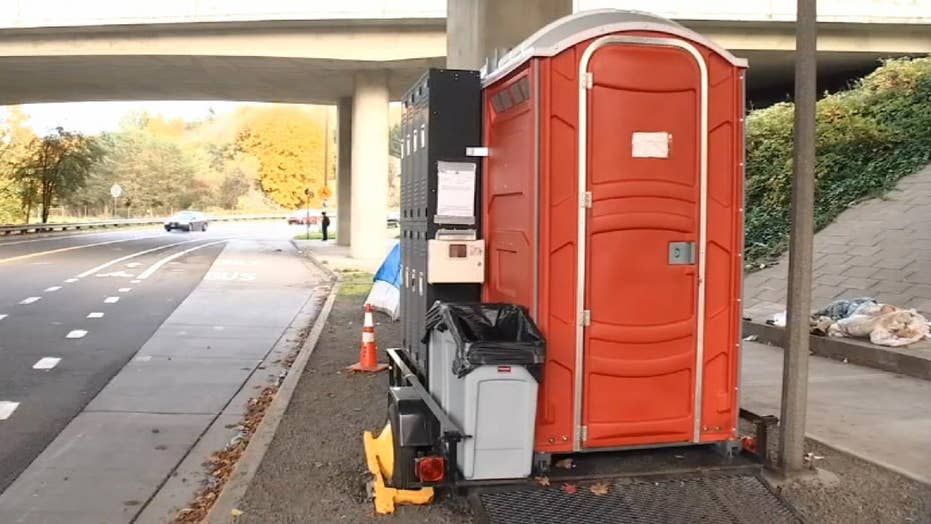 Mobile sanitation and hygiene units added to homeless camps in an effort to get people into shelters in Oregon.

As the homeless crisis continues to simmer in Oregon's largest city, local officials working with nonprofit groups have deployed mobile hygiene stations in a bid to clean up some of the largest encampments.

Portland, with a metropolitan area of about 2.4 million people, has joined West Coast cities such as Los Angeles and San Francisco in struggling with a growing homeless crisis that ranks among the worst in the country.

Safety resource website Security.org released a study on Monday that showed Oregon has the fourth-highest number of homeless people in the nation when adjusted for population. The study found Oregon has about 350 homeless people per 100,000 people, nearly double the national average of 168 per 100,000.  The study also found that Oregon's homeless rate has increased by nearly 14.10 percent since 2014.

Oregon has seen its homeless rate rise by nearly 14.10 percent since 2014, according to a recent study. (FOX12)

In January, Portland launched a "Navigation Team" with outreach workers that have spent time going out to homeless encampments, focusing on specific locations in order to reduce impacts to area communities.

Officials in Portland have deployed a mobile hygiene unit which is comprised of two portable toilets, hand-washing stations, a garbage can, sharp box and lockers to help improve areas near homeless encampments. (FOX12)

Part of that outreach includes offering sanitation services, such as a mobile hygiene unit that is comprised of two portable toilets, hand-washing stations, a garbage can, a sharp box, and lockers.

The mobile station deploys around various homeless encampments with the largest populations, according to officials. The current trailer on Southeast Flavel Street under Interstate 205 was moved to the underpass about two weeks ago.

Tracy Vargas, who has been camping out in southeast Portland for over three years, told FOX12 she appreciates that there is now a place where she is able to have access to a bathroom.

“You’ve got to find a business around the area that will let you come in and go,” Vargas told FOX12 Tuesday. “A lot of times you get left to going out in the woods or wherever you can go.”

In the summer of 2019, Fox News embarked on an ambitious project to chronicle the toll progressive policies has had on the homeless crisis in four west coast cities: Seattle, San Francisco, Los Angeles and Portland, Ore. In each city, we saw a lack of safety, sanitation, and civility. Residents, the homeless and advocates say they've lost faith in their elected officials' ability to solve the issue. Most of the cities have thrown hundreds of millions of dollars at the problem only to watch it get worse. This is what we saw in Portland.

Vargas said she's also working with the homeless outreach team to get her birth certificate, and agrees the program is a "wonderful idea.

Pat Perkins said she's seen an influx in homeless people in the 14 years she's lived in the area, and the garbage and human waste have grown exponentially in the past five years.

“It seems like it could be a health hazard, especially when you see needles and feces on the ground,” Perkins told FOX12, saying having a designated place to throw trash, hazardous materials and use the bathroom will hopefully improve conditions.

The sanitation services may be the most visible part of the outreach group but it's not their only goal, according to Theiault. He told FOX12 the group's ultimate plan is to get people permanently off the streets by providing them with necessary things to move forward.

City officials said Tuesday that at least 15 people from the camp under Interstate 205 have been placed in shelters, including two families.