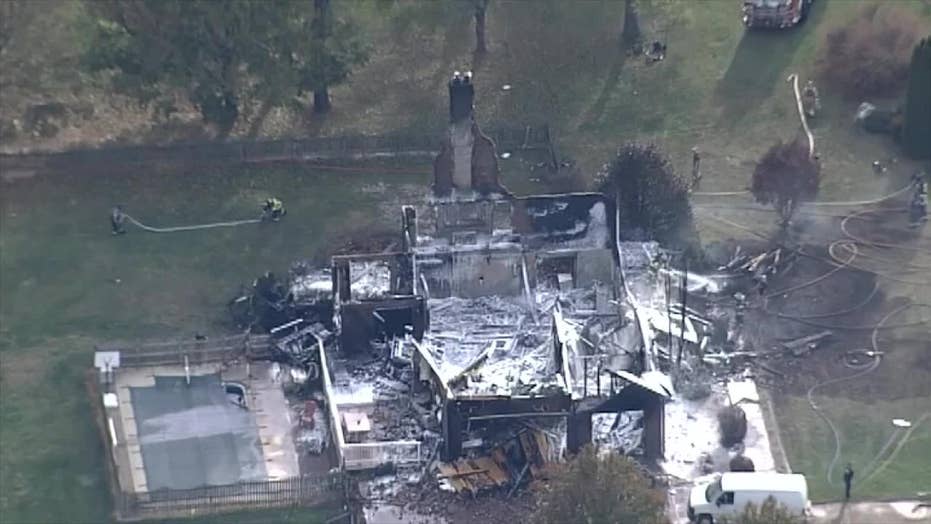 A West Virginia home was destroyed in an explosion Monday, causing non-life-threatening injuries to two people, according to officials.

The explosion occurred at a home in Charles Town, near the border with Maryland and Virginia, around 1 p.m., Fox 5 DC reported.

The homeowner and the technician were taken to an area hospital with non-life-threatening injuries, Fox 5 reported, citing witnesses. There were reportedly two teenage boys who were home during the explosion, but they were unharmed.

Photos and video footage from news outlets show firefighters dousing the remnants of a fire at the leveled house. Fire officials said they were trying to determine what caused the explosion.