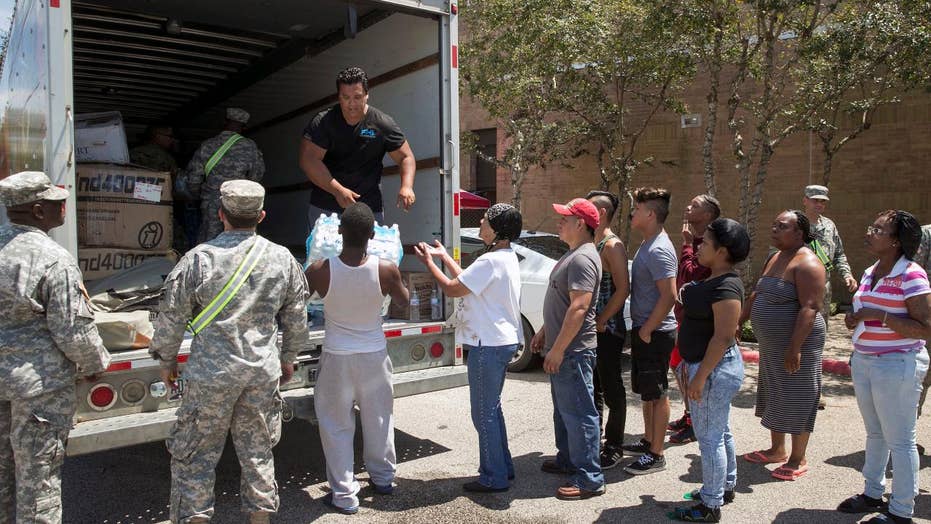 US military bringing in resources to aid Harvey relief

For thousands of students and parents in waterlogged Houston still reeling from the impact of Harvey's fury, the 2017-18 school year will be unlike any they have experienced.

At schools across the sprawling Texas city, classrooms were flooded with water, desks were swept away and supplies were ruined.

The Houston Independent School District, the largest in Texas with more than 215,000 students, has said up to 12,000 students could be sent to different schools because of damage from flooding.

A neighborhood near Addicks Reservoir is flooded by rain from Tropical Storm Harvey. (AP)

Twenty-two of its 245 schools had extensive damage that will keep them closed for months and about 53 have “major” damage, according to school officials. About 200 schools have some form of standing water.

At one point, the district said, flood waters in Hilliard Elementary were 4 feet high. The floors will have to be ripped out and drywall removed. Surfaces will need to be thoroughly cleaned and covered in anti-microbial disinfectant.

The district said that two other elementary schools, Mitchell and Ed White, were still surrounded by water on Saturday morning. They were among about 15 schools the district said were inaccessible because of flooding on Saturday, more than a week after the storm started.

The district said that 115 schools will have to be deep-cleaned before school starts.

Superintendent Richard Carranza has said the goal is to start the school year on Sept. 11, but that could still be postponed. School employees have been told to report to work on September 5.

Carranza said some schools may never be inhabitable again, but it’s too early to make that judgment, reports Chron.com