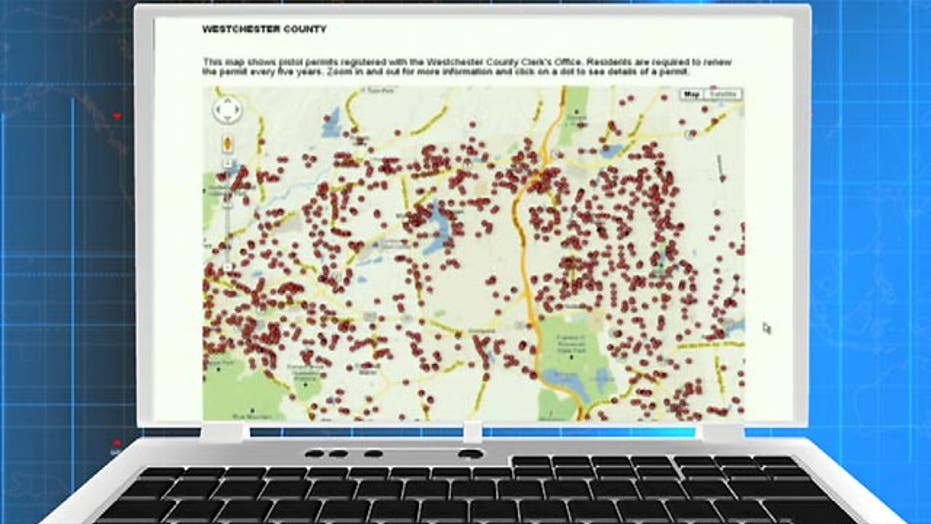 Did publication go too far?

Now it is the advertisers and readers of a New York newspaper who are caught in the crossfire, after its controversial decision to publish the names and addresses of gun owners in its community.

The initial story by the Westchester Journal News on Dec. 22 prompted a bitter backlash by gun advocates, who published the names and addresses of some of the newspaper’s staff. Since then, supporters and critics of the newspaper's controversial stand have been taking potshots at each other in a near-daily exchange that has drawn national attention.

“The data posted also includes active and retired police officers, judges, battered and stalked individuals, FBI agents, and more," the New York State Rifle & Pistol Association said in a release that marked the latest escalation. "The Journal News has made no credible case, nor offered any valid reason, for releasing the data, and it serves no investigative or journalistic purpose. It merely invites harassment and burglary.”

The association is calling for a possible boycott of the Gannett-owned newspaper's national advertisers. But the paper isn't just worried about suffering economic harm. On Dec. 28, it began posting armed guards outside one of its offices, according to local police, shortly after a blogger published the names and home addresses of the 50 journalists who worked on the interactive map showing who owned legally-registered guns.

And the battle shows no signs of subsiding. Hackers claim to have broken into the Journal News' online subscriber database and say they're circulating passwords and user information for 10,000 account holders. They have also made online threats to publish the home addresses and phone numbers of executives at the newspaper’s major advertisers.

“The Journal News has placed the lives of these folks at risk by creating a virtual shopping list for criminals and nut jobs,” said Republican State Sen. Greg Ball, in announcing his intent.

There is one apparent beneficiary of all the controversy: The paper's competitor, the Rockland County Times, claimed in an article to have seen an "influx of new subscribers who stated they canceled their subscription to the Journal News due to the gun story.”