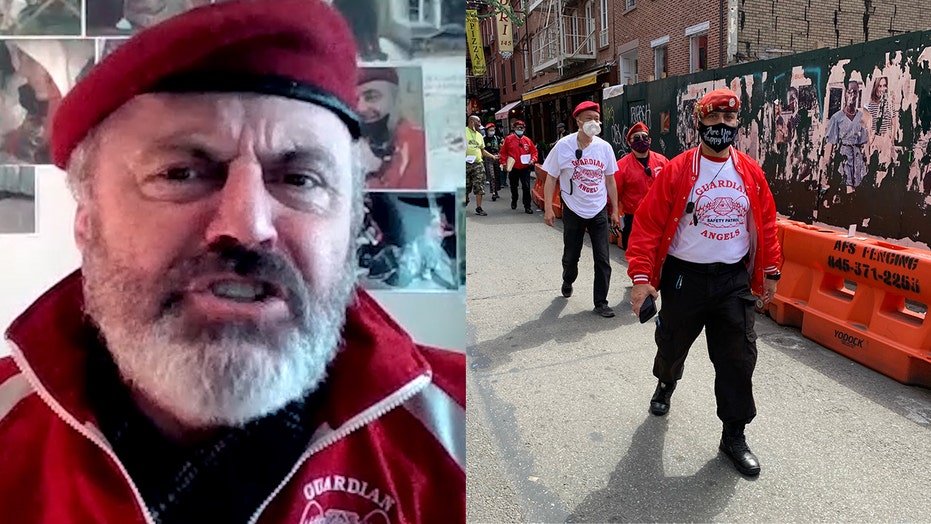 Guardian Angels founder on defunding the police, 'This is a recipe for insanity'

A member of the crimefighting organization the "Guardian Angels," Aram Sabet, was attacked by rioters and looters who broke his nose and eye socket last week while he was attempting to defend a Footlocker in New York City.

Sabet spoke with Fox News about the fallout from his ordeal and the residual effects he's experiencing after taking a blow to the head and face.

"In a nutshell, we were attacked three times. The first time it was maybe 50 or so people," he began. "That one, we were able to push off. The second time there were about 100 to 150 people with maybe 20 of them attacking us and some civilians who were in the protest, helping us fight them off."

Sabet said the looters were adamant about getting inside the store and acted as if they were entitled to the items on the shelf. After trying to alert the police about the situation, Sabet and the Angels were rushed by the looters -- and that's when he got hit.

"I called 9-1-1 to inform them of who we were and requested backup immediately because we were about to get attacked and as I was about to hang up on 9-1-1, a group surrounded us as far as I could see and started to say 'Footlocker doesn’t pay you enough,'" he explained. "Someone smacked me across the face with what I believe was a 2 x 4. Automatically both eyes went black."

Sabet added, "I didn’t pass out but instantly felt like my eye was punctured, blood was running down my face, out of my mouth and nose. Fortunately, there was a little alcove or building entrance that I turned into to collect myself and cover my face. I grabbed a bandana in my pocket and put it to my face. And clearly remember how soaking wet it got, very quickly. I could hear the fighting and screaming and heard people interrupting the looters and saving us."

After about 10 minutes, fire trucks and first responders arrived and Sabet was later taken to the hospital. He spent the night in the emergency room and required 48 stitches. He also required multiple scans, specialist consultations and had half a pound of glass removed from his hair and clothing from bottles that were thrown at him.

"Fortunately the eye is not punctured," he told Fox News. "I had 48 stitches, have a broken nose, broken left sinus, and broken eye socket near my left temple -- two chipped teeth and two wiggly molars. The left eye is damaged and deformed. The Cornia lens is detached and has slid down. There are rips in the eye and a lot of blood on the eye."

He said during the first two days, he could only see black in the damaged eye. Now he's starting to see gray and beginning to make out shapes and colors.

"I’m getting more opinions because eye surgery scares the hell out of me," Sabet said. "The nose, cheek and temple -- there is not much that can be done until all the swelling goes down [in] three to six months."