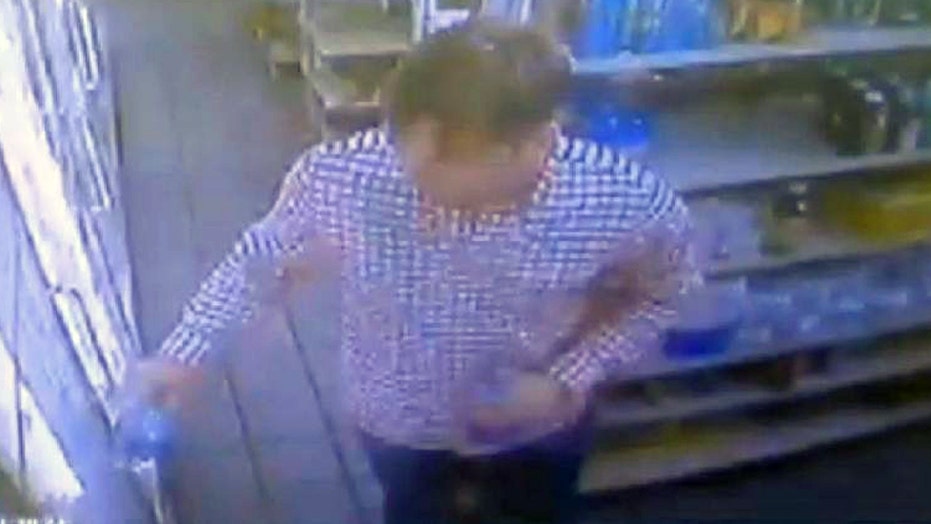 A man who was shot and killed in an attempted robbery in New Orleans over the weekend had come to the city to plan his wedding, officials said Monday at a press conference.

New Orleans Police Chief Michael Harrison said Rolfes had marks on his hands that would indicate a struggle, Fox 8 reported.

The 2011 Tulane University graduate had just flown into New Orleans late Friday night and went out with friends while his fiancée slept in their hotel room, according to Harrison. His body was found around 4:30 a.m. on Saturday at the intersection of Claiborne Avenue and Amelia Street.

Harrison said Monday that investigators are going through surveillance video, some of which shows Rolfes at a bar and then at a convenience store on Claiborne buying two bottles of water.

"We've spoken to his family, we've spoken to fiancée, and the fact that we know he bought two bottles of water raises more questions that our investigators are working very, very hard to answer," Harrison said.

Harrison didn't know if Rolfes was with another person at the time when he was at the convenience store.

Julie Rolfes, the mother of the shooting victim, told Fox 8 her son, originally from St. Louis, came back to New Orleans to pick a wedding venue after getting engaged about a month ago to Elizabeth Fried. The two met at Tulane University.

They had arrived on separate flights Friday night. She arrived late and had stayed at their hotel. Rolfes had gone out with friends.

"I didn't even get to see him," Fried said Sunday.

"We know it's reality; we're just trying to close the loop on that," he told the news outlet.

Former Republican presidential candidate and Massachusetts Gov. Mitt Romney called the fatal shooting of Rolfes "senseless" and "tragic” in a statement Monday on his Facebook page.

Romney said the 25-year-old was a member of his 2012 campaign team, and had a “warm smile and engaging personality.”

“Heartbreaking to hear that Thomas Rolfes was killed this weekend while in New Orleans looking for a wedding venue with his sweetheart, a fellow Tulane graduate,” Romney said.

“His commitment and dedication to our effort made him an invaluable part of the campaign,” he added.

Police have not yet released a description of any suspects in the case, but are asking anyone with information about the case to call Crimestoppers at 504-822-1111.