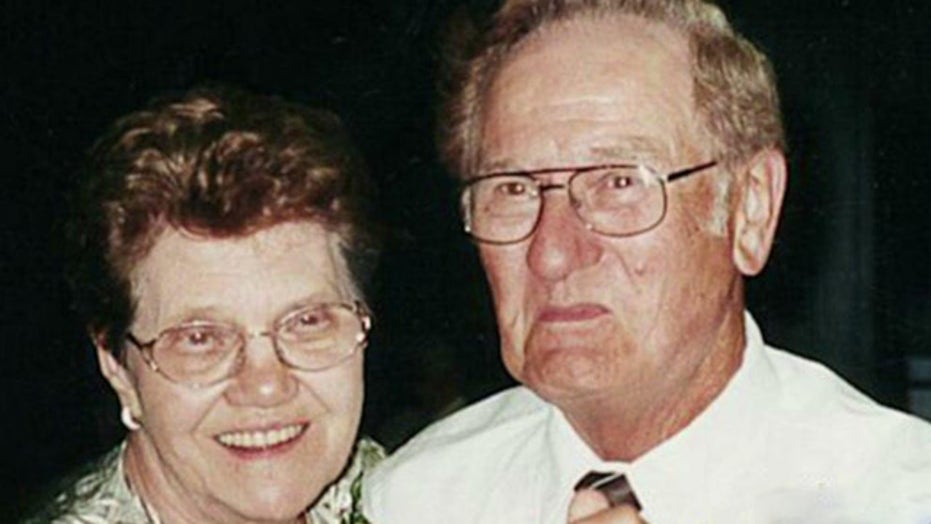 'Til death do they part

A grandson of an Ohio couple who died at a nursing home on the same day after 65 years of marriage credits their faith in God for the “shocking” timing.

Jeff Simon, 20, of Russia, Ohio, told FoxNews.com that his grandparents, Ruth, 89, and Harold “Doc” Knapke, 91, met in the third grade and continued a torrid love affair until Aug. 11, when the devoted pair died just days before their 66th wedding anniversary in the room they shared on a nursing home in Versailles in western Ohio.

“In the last couple of days before their deaths, we kind of saw it coming,” Simon said. “My grandfather has always kind of been in not very good health, but the fact that he went that morning was very shocking.”

Simon said his grandparents — who had a joint funeral Mass, with granddaughters carrying Ruth's casket and grandsons carrying Harold's — loved each other “very much” and enjoyed playing cards together for countless hours.

“Obviously all of us grandkids loved them very much,” he continued. “They were very good role models for us. It was very hard to see them both go at the same time, but it was a good thing in the end and to see the miracles God can do.”

Simon, one of the couple’s 14 grandchildren, said they were devout Catholics and he credits their faith as the reason why his grandmother passed away just 11 hours after his grandfather.

“Their faith in God, as devout Catholics,” Simon said when asked what he thought was behind the 11-hour gap between his grandparent’s deaths. “I don’t think any of this would have happened without God.”

Margaret Knapke, one of the couple’s six children, told The Dayton Daily News — which first reported news of the couple’s death on Sunday — that she also believed the timing was not coincidental.

“In recent years, we often speculated that Dad was still here, in this life, because of Mom,” Knapke said in her Aug. 16 eulogy, according to the newspaper. “It seemed that, even though his health and strength were so very diminished, he couldn’t stop being her protector; it seem he didn’t want to leave her behind.”

Ruth Knapke had developed a severe infection days before her death, Simon said, prompting the couple’s children to warn their father that the outlook was grim.

“When it became clear that Mom was dying — and Dad understood that — he spent a mostly sleepless night,” Knapke said. “The next day, Friday, there was a certain calm about him, and he began to fail rapidly. As you might know, Dad died 11 hours before Mom did — both of them on Sunday — and we believe he did that as final act of love for her. We believe he wanted to accompany her out of this life and into the next one, and he did.”

“It was definitely a mixed blessing,” Romie said Monday. “But we figure they’re in heaven dancing now.”