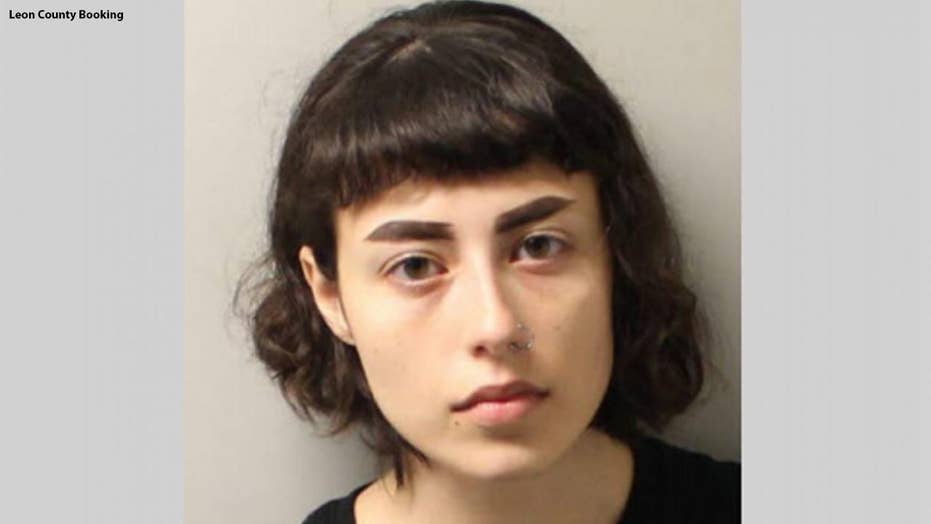 Shelby Shoup was arrested and charged with battery after going on a profanity-laced tirade, throwing chocolate milk on Florida State University College Republicans, and kicking over the sign of Republican Florida gubernatorial candidate Ron DeSantis. She is listed as an intern for Democratic Florida gubernatorial candidate and Tallahassee mayor, Andrew Gillum, on LinkedIn.

An intern for Democratic Florida gubernatorial candidate Andrew Gillum has been arrested and charged with battery after she threw chocolate milk on a group of College Republicans tabling on campus.

The far-left student activist who had the profanity-laced meltdown, Shelby Shoup, is listed as an intern for the Andrew Gillum for Florida Governor Campaign on LinkedIn and a member of FSU Students for Justice in Palestine. Gillum's campaign did not return a Fox News request for comment.

A portion of the profane exchange with the College Republicans on campus was caught on camera.

“You are supporting Nazis,” Shoup said in the video posted online. “Do you understand that?”

Another student snapped back at the girl wearing a communist pin: “And you are supporting communism?”

“Don’t pour your coffee on me,” he said.

But Shoup replied, "F*** you. I will," before she opened her chocolate milk and threw it on him.

She then went on a profanity-laced tirade about fascism and accused the Republican students of “normalizing Nazis” and blaming them for the Tree of Life Synagogue massacre and other incidents.

As Shoup stormed away, she kicked a DeSantis sign out of the ground.

The FSU College Republicans called it an “alarming display of the extremely charged political environment that has arisen in recent months and years.

“No person, regardless of where they fall on the political spectrum, should be targeted and assaulted because of their political beliefs. We are glad that no serious physical harm came to our Vice-Membership Chair and will always stand up for the basic rights and respect that every one of our members is endowed.”

FSU said the student was identified, arrested, and charged with battery in a statement Friday morning.

“FSU is diverse community that values and respects each person,” the school wrote. “FSU expects each members of the community to embrace the values of civility and ethical conduct and obey the law.”