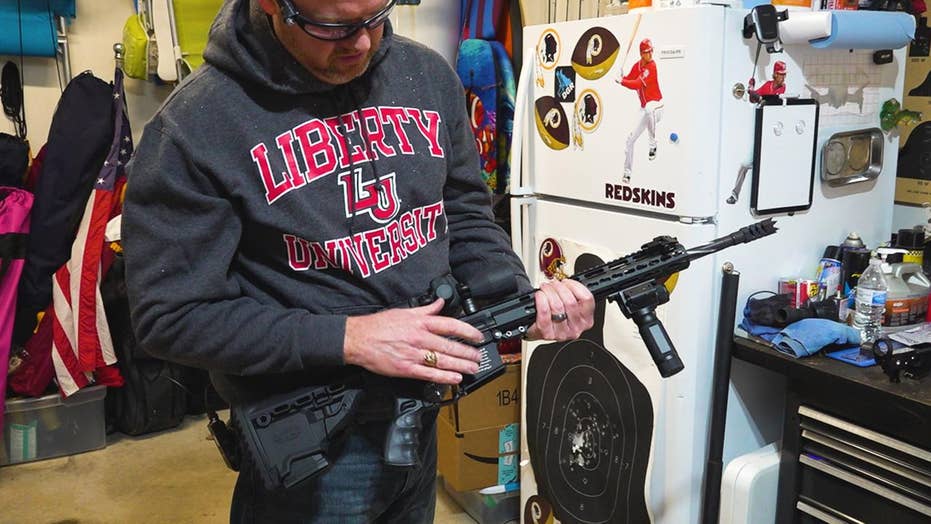 There's a push to outlaw 'ghost guns' in the Northeastern part of the country.

DOVER, Del. -- There’s a push to outlaw so-called ‘ghost guns’ -- homemade firearms -- in the Northeastern part of the country.

Delaware could ban them completely, while Pennsylvania is still trying to decide if the partially made gun frames count as firearms.

Mitchell Denham is the president of Delaware Gun Rights, a Facebook group with more than 20,000 members.

He says making guns at home is a hobby for some people.

“It takes hours upon hours to assemble one of these things. It’s the equivalent of a model car or building a ship in a bottle,” said Denham.

It’s something Ken Jones enjoys now, since retiring from the Air Force.

He explains that making guns at home starts with an 80-percent receiver.

Ken Jones explains that making guns at home starts with an 80-percent receiver.

A ban on these, he thinks, would be a blow to hobbyists like himself.

“I think there needs to be room for people to have this hobby still in America,” said Jones.

His home state of Delaware, however, is the latest state to try to outlaw ghost guns.

“There’s no serial numbers on these, they can be purchased on the internet. They are sold as kits at gun shows,” said Christian Soltysiak, with CeaseFire PA.

Soltysiak is the interim executive director of the anti-gun violence group with locations in Philadelphia and Pittsburgh.

She thinks these homemade guns are just as dangerous as fully assembled firearms.

Soltysiak fears Pennsylvania will see an uptick in the homemade guns.

“What we do know is that in 2019, there were 100 ghost guns confiscated off the streets of Philadelphia,” said Soltysiak.

Pennsylvania’s governor is now calling for a ban on them, too.

It comes weeks after a judge put a hold on a state policy requiring gun dealers to run background checks on sales of ghost guns.

“The problem was there’s no definition for what constitutes a partially manufactured frame or receiver,” said Joshua Prince.

Prince is representing the gun manufacturing businesses in the case. He said "ghost guns" have no definition in the law.

“I believe it’s been conjured up by certain groups with an intent to illicit fear in certain people. You know, you have this term 'ghost gun,' it makes it sound all scary,” said Prince.

Ultimately, the Pennsylvania judge decided the policy was "too vague."

Meanwhile, in Delaware, the bill banning these guns continues to move through the court system.

“There’s just people like me. And I know there are people that don’t get it, won’t get it. And that’s OK, too. But I am not going to tell them that they have to," said Jones.