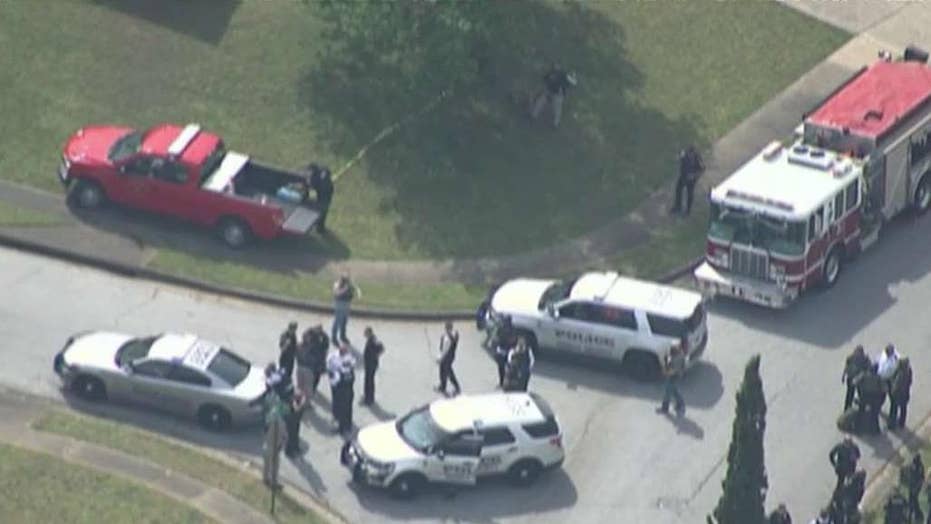 The alleged gunman, a teenager and a pregnant woman were found dead inside a house in Henry County after an exhausting standoff with police that began early Thursday, Atlanta station WSB-TV reported.

Police confirmed to a WSB reporter that the alleged gunman killed himself. It wasn’t clear when the pregnant woman, whom family members said was the gunman’s girlfriend, and her 16-year-old son were killed, according to the reporter.

On Thursday morning, two police officers were wounded in a shooting as the suspect remained barricaded inside the home with at least one hostage, the Henry County Police Department said in a news release.

The officers were taken to Grady Memorial Hospital “in serious condition,” police said in the release. Smith later said they were “stable” and were expected to survive.

Police had said they “do not want to make a dynamic entry into the home," hoping to “wait as long as we can” as negotiations with the alleged gunman continued through Thursday.

It wasn’t immediately clear whether police had tried to force entry into the home or if negotiations with the alleged gunman broke down overnight.