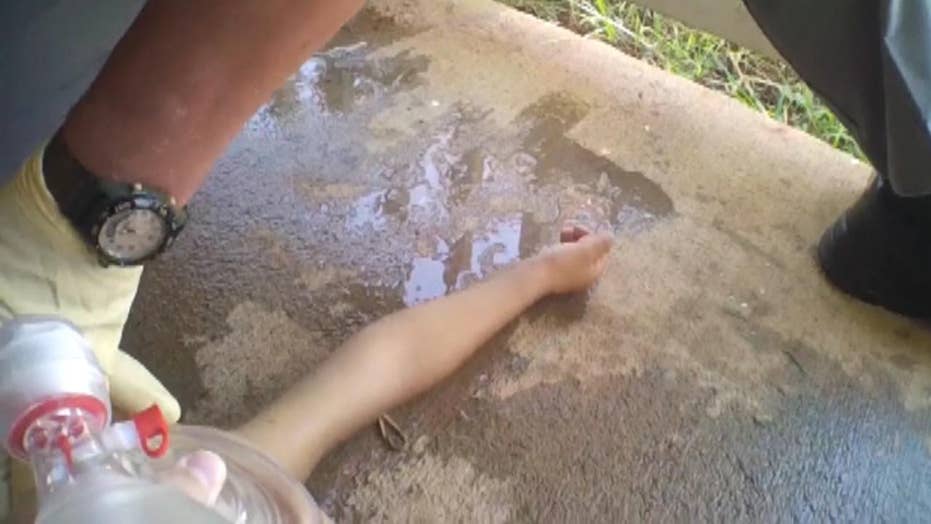 Two police officers arrived before paramedics to save a child who nearly drowned in a pool.

Two police officers in Georgia are being hailed as heroes after helping to save the life of a three-year-old boy found unresponsive in a pool on Tuesday.

The Temple Police Department said the officers were the first to respond to the 911 call on the radio Tuesday morning after the child wandered away and fell into the pool.

The three-year-old boy was found unresponsive after falling into a pool on Tuesday morning. (FOX5)

The officers arrived at the home before paramedics, and were able to jump into action to perform CPR on the boy.

In bodycam video obtained by FOX5, the officers can be seen working to save the child. Yates first worked to expel water from the lungs while Lt. James Hollowood used a bag valve mask to begin CPR on the child.

The two officers arrived at the home before paramedics, and were able to quickly jump into action to perform CPR on the boy. (FOX5)

"Early basic CPR is really what saves lives in these situations," Hollowood said.