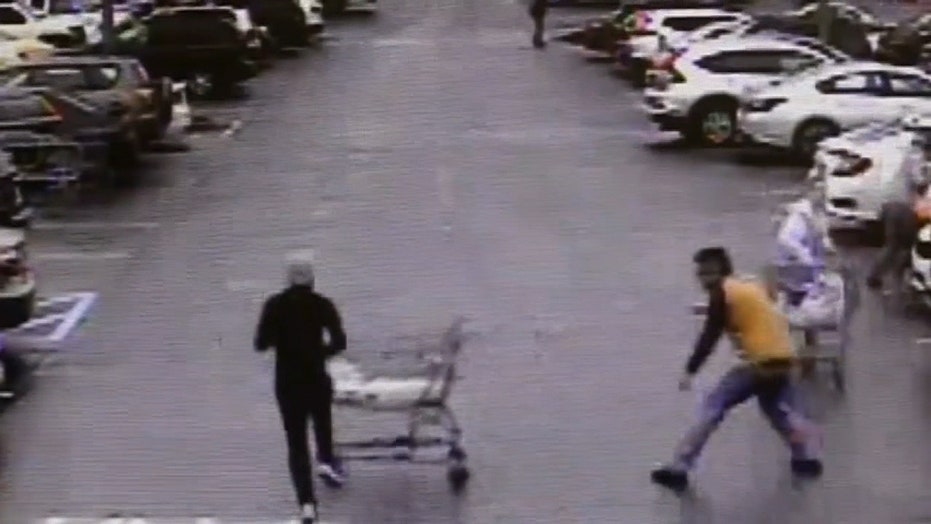 A Georgia man is being praised for his good timing after he was caught on video using his grocery cart to help police nab a shoplifting suspect in a Walmart parking lot.

The quick-thinking Good Samaritan appeared to time the exact moment the suspect would run past his cart before pushing it in front of his path in video the Peachtree City Police Department released last week.

The video shows the cart knocking the suspect to the ground, allowing officers to catch up and apprehend him. One officer pats the unnamed do-gooder on the shoulder as others help pick up items that fell out of his cart.

The incident happened last month at a Home Depot in Peachtree City, located about 30 miles south of Atlanta. The suspect had taken items from the store and ran into the neighboring Walmart parking lot, FOX5 Atlanta reported.

Police later identified the shoplifting suspect as 41-year-old Marcus Smith, according to the station. He was charged with felony shoplifting and obstruction.

While police were appreciative of the helping hand, they advised potential do-gooders to think of their own safety before stepping in to a police situation.

“Again, while we are eternally grateful for this citizen's quick thinking and impeccable timing, we never encourage anybody to intervene in a police situation,” the department wrote on Facebook. “If the decision is made to do so, please consider the safety of yourself and all those around you as a priority.”