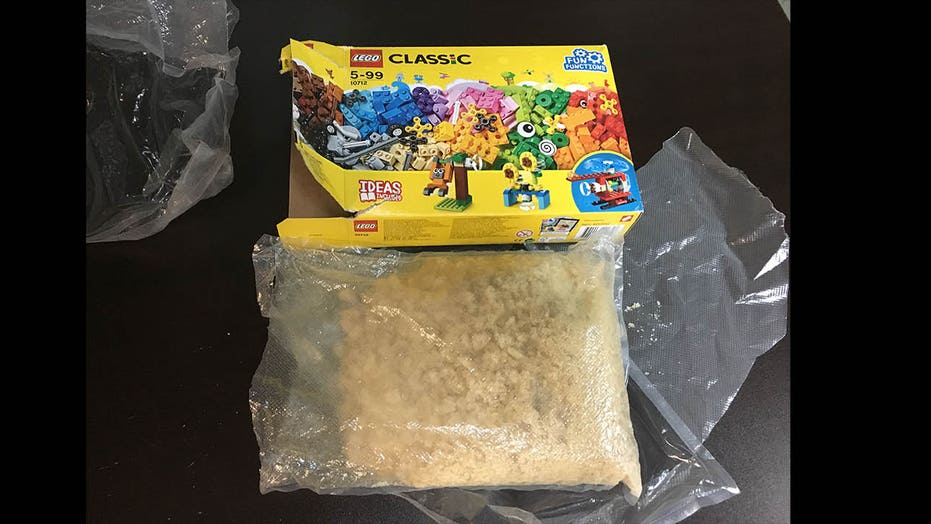 Investigators with the Bulloch County Sheriff’s Office in Georgia said a child found something other than a messy pile of colorful plastic bits in a gift from his mom. She discovered 3.2 pounds of methamphetamine -- street value, $40,000 -- tucked into what appeared to be an ordinary box of Legos.

Investigator Jim Riggs with the Bulloch County Sheriff’s Office told Fox News that a Statesboro, Ga., mother and a couple of her friends drove for about two hours to Charleston, S.C., where they bought the Legos from a consignment shop.

He said when the women returned from the trip and the mother gave her child the toy, there were no Legos to be found inside the container.

What there was, however, was a "big bag of meth."

“The methamphetamine inside of the box was vacuum sealed, and that keeps it from moving around too much and also helps mask the smell,” said Riggs. He said this was the first time his office had made such a find, “especially in this quantity.”

“On top of the box itself, the Lego box was shrink-wrapped, which is the typical wrapping you find on a toy box or something coming from the factory,” Riggs said. “It was professionally done. It looked like you went to a regular retail store and purchased the box.”

He added, “Somebody took the time to cover the tracks, most definitely.”

Riggs said that once the sheriff’s office “field tested” the substance, the results came back positive for meth. The office then contacted the Drug Enforcement Administration (DEA) in Charleston, and it was determined that the consignment shop was itself not involved.

Riggs said the owner of the consignment shop told authorities the person who sold her the Legos said they'd been bought at a local auction.

Authorities suspect the package "was delivered to an address, probably a false address, or an abandoned house,” Riggs said.

Riggs said he thinks that “when a mailman got there and determined it was a false address he took it back with him and put it in a pile of undelivered mail and a lot of times those items are put up for auction if there’s no way to return those items.”

Riggs said the women who bought the toy box were fortunate they did not encounter law enforcement on their two-hour drive back to Georgia.

As it stands, the mom, her friends and the consignment shop owner have all cooperated with the investigation.

And an actual culprit? “It would be near impossible to find who did this,” Riggs said, adding that “no charges have been filed at this time.”