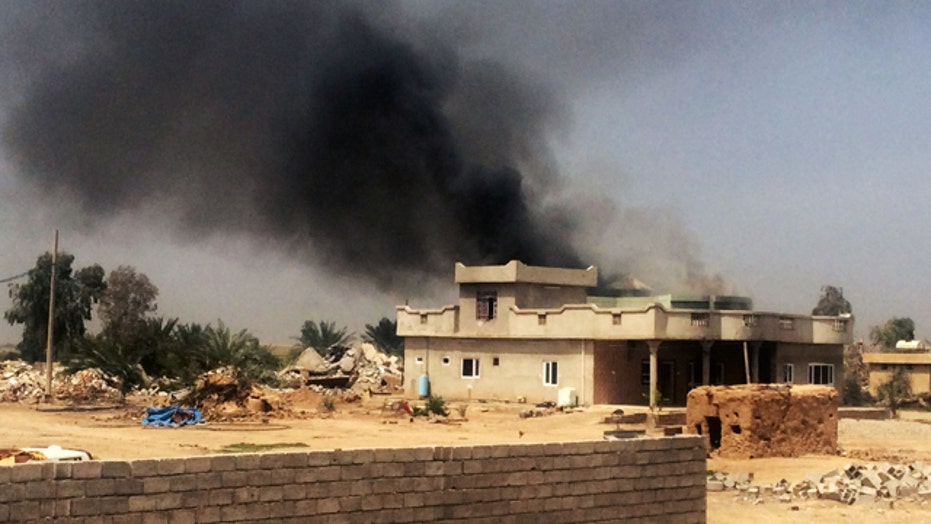 Paul Floyd and David Adesnik weigh in on battlefield strategy

As Iraqi forces battle ISIS for control over Ramadi, remarks by America's top military officer at the Pentagon Thursday that “the city itself, it’s not symbolic in any way,” have ignited a new controversy.

Army Gen. Martin Dempsey, chairman of the Joint Chiefs of Staff, said defending Ramadi was secondary to protecting the Beiji oil refinery from Islamic State militants during his remarks to reporters.

“On a personal level I understand the reaction, having fought in Ramadi myself and being stationed there at times, the kind of emotional appeal of saying we don't want to sacrifice having sacrificed for nothing in Ramadi,” said Floyd, a senior military analyst with the global intelligence and advisory firm Stratfor.

He added, though, “I partially agree in the sense that you kind of have to divorce your emotions from what you're doing as a military strategy. And what he's saying is that Ramadi is a small piece of a much larger battle -- in that sense I agree.”

Debbie Lee, whose son Marc was the first Navy SEAL killed in Ramadi, has written an open letter to Gen. Dempsey expressing outrage over his comments.

“Well, I think that Mrs. Lee spoke well to how that has an emotional impact to those whose sons and daughters made sacrifices,” said Adesnik, policy director with the Foreign Policy Initiative.

Both analysts were divided on the importance of Ramadi in the bigger picture going forward.

“Ramadi is a provincial capital in the Sunni area, which is the one that has been the homeland for the insurgency, both when the United States was there and now again,” said Adesnik. “If the new government can't reassert control and rebuild its bonds with the population there, it's unlikely that the overall campaign would succeed.”

Floyd, a former Army Ranger, argued that “Ramadi cannot be the sole focus of this fight because of past things that have happened there."

He pointed that “ISIS still controls a large amount of territory in both Iraq and Syria, and has a lot of resources because of that. We should expect ISIS to continue to do counteroffensives in this broad battle or war in various places in northern Iraq and Anbar province.”