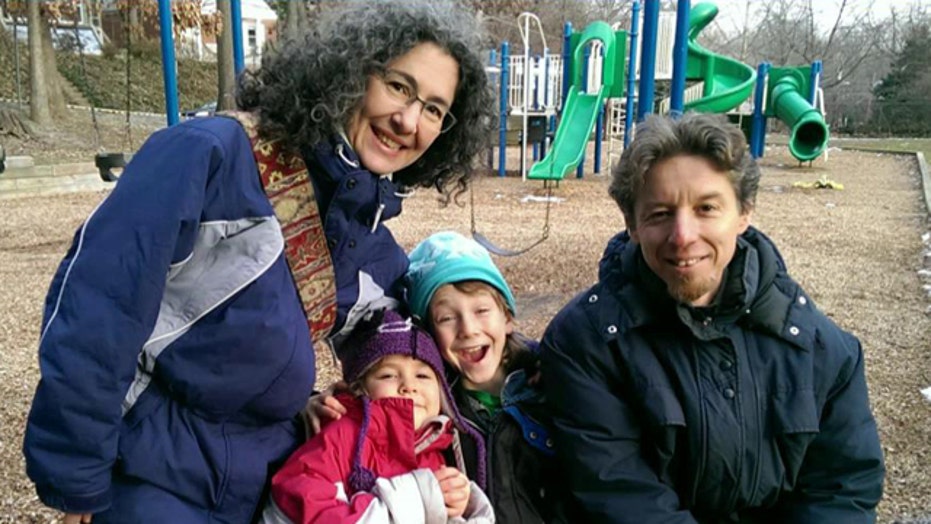 The Maryland parents who believe in 'free-range parenting' and were investigated after police picked up their children -- ages 6 and 10 -- walking home alone from a park in January were reportedly found responsible for 'unsubstantiated' child neglect.

The decision, which will be appealed by the parents, means the Montgomery County Child Protective Services will keep a file on the Meitiv family for at least five yeas, The Washington Post reported.

Danielle and Alexander Meitiv say they will continue to allow their children to walk home together. The legal ramifications are unclear if the children are picked up by police again.

"We don't feel it was appropriate for an investigation to start, much less conclude that we are responsible for some form of child neglect," Danielle, a climate-science consultant, told the paper.

In January, the Meitiv children were walking home from the park, which is about a mile from their Woodside Park neighborhood, in broad daylight and were stopped by police after someone reported seeing them.

The kids were returned to the home and police reportedly talked to the parents about the dangers of the world.

"The world is actually even safer than when I was a child, and I just want to give them the same freedom and independence that I had -- basically an old-fashioned childhood," Danielle told the paper at the time. The report said the kids would often carry a laminated card that states "I am not lost. I am a free-range kid."

CPS reportedly followed up and forced the parents to sign a safety plan acknowledging that they would not let the kids go unsupervised. Alexander told the paper he resisted at first, but CPS threatened that if they refused, the kids would be removed from the home.  He signed.

"We feel we're being bullied into a point of view about child-rearing that we strongly disagree with," Alexander said. The parents say they just want to teach their children to be self-reliant.