Four Kansas men, including a former detective, were indicted by a federal grand jury on Monday for conspiring to hold young women involuntarily for sexual acts, decades ago.

Former Kansas City detective Roger Golubski was indicted with three other men for holding women against their will between 1996 and 1998, and having them perform sexual acts. (Edwardsville Police Department)

According to the indictment, Brooks provided an apartment in Kansas City, where he, Roberson and Robinson threatened, beat, and sexually assaulted young women to "compel" them to provide sexual services to men.

All four men were indicted on the first count of conspiring to hold young women, including Person 1 and Person 2, involuntarily for servitude.

Illustration of woman in the dark.  (iStock)

Brooks, Roberson, and Robinson were charged with the second count of holding Person 1 and forcing her to give Roberson sexual services.

57% OF US HUMAN TRAFFICKING VICTIMS WERE MINORS IN 2021 FEDERAL PROSECUTIONS: REPORT

The third count is against Brooks, Roberson and Golubski, who allegedly held Person 2 against her will and forced her to give sexual services to the three men and others.

All four men, if convicted, face a maximum sentence of life in prison, the DOJ said.

Members of the FBI Kansas City Field Office were credited with investigating the case alongside the Kansas Bureau of Investigation.

Stephen Hunting, an assistant U.S. attorney in Kansas and Tara Allison, an attorney with the Justice Department’s Civil Rights Division will prosecute the case.

The DOJ said the investigation is ongoing, and they encourage anyone with information regarding the case to call the FBI at 1-800-CALL-FBI. 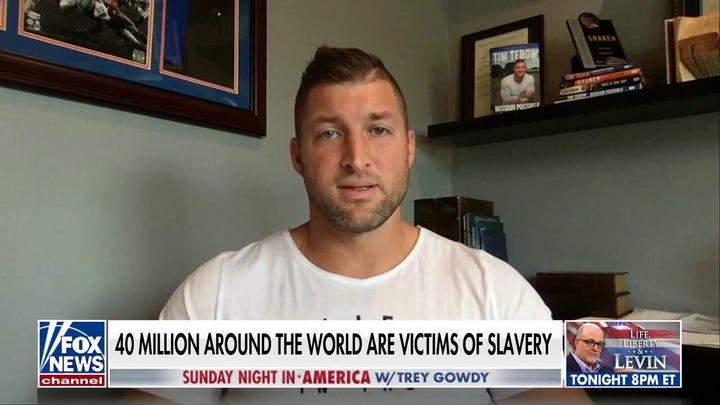