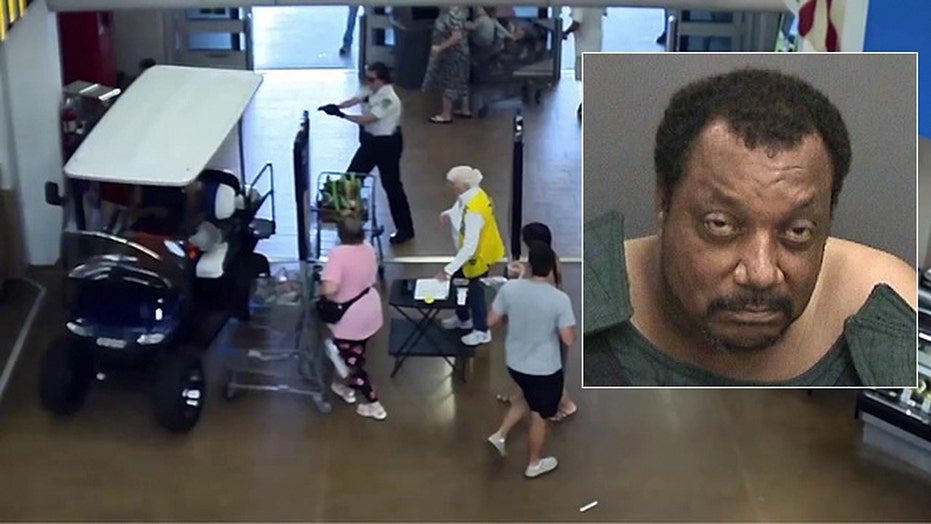 A Florida man is facing charges for allegedly driving a golf cart through the front doors of a Walmart Supercenter on Thursday and hitting several shoppers before crashing into a cashier register, deputies say.

The Hillsborough County Sheriff’s Office told FOX 13 deputies received reports around 12:30 pm. of a disorderly man who was blocking entry to a liquor store near with his golf cart near a Walmart in Gibsonton. The man had reportedly demanded to speak with a manager and refused to leave the front of the liquor store.

When Hillsborough deputies arrived they tried talking Michael Hudson, 56, outside the store but moments later he suddenly took off in the golf cart —driving through a crowded pedestrian area near the front entrance, forcing customers to run out of the way to avoid being hit.

Deputies ordered Hudson to stop, but he continued to speed through the supermarket, hitting the front glass doors until he eventually crashed into a cash register, according to the station.

Hudson was arrested and transported to Tampa General Hospital, where he will receive medical attention, FOX 13 reported.

Several customers were treated at the scene of the incident, but none were taken to the hospital.