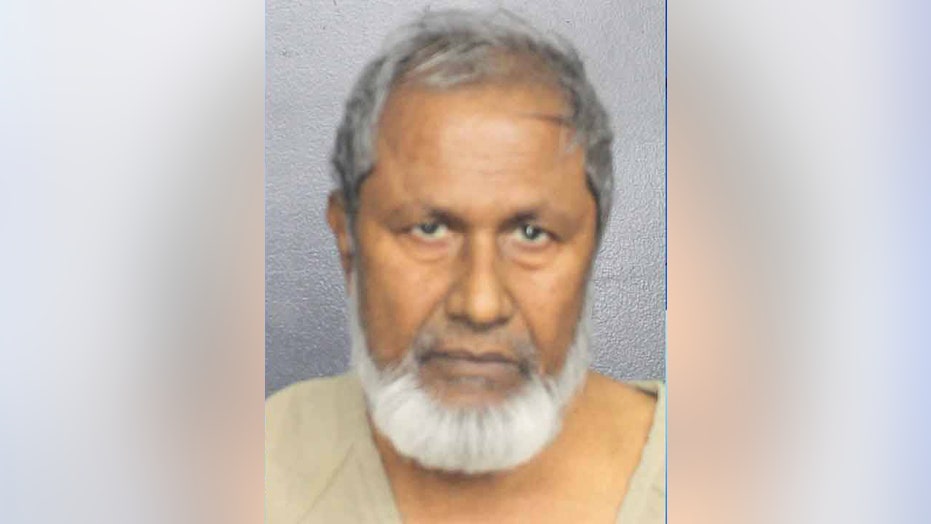 A 17-year-old Florida girl stabbed an armed gas station clerk who had allegedly cornered her inside a bathroom and attempted to rape her at knifepoint, officials said.

The victim told police she entered a Chevron gas station in Dania Beach at around 3 a.m. on April to purchase two microwaveable dinners.

She had gone to use the restroom at the back of the store when the store’s clerk locked the front door and followed her inside, WSVN reported.

FLORIDA WOMAN BREAKS BACK, FOOT AFTER JUMPING OFF PIER TO RESCUE BOY FROM RIPTIDE: REPORT

Inside, the clerk – identified as 67-year-old Mohammad Munshi – allegedly pulled out a pocket knife and then reached into her pants and grabbed her before she was able to push him off.

Mohammad Munshi, 67, was arrested after he allegedly tried to sexually assault a 17-year-old girl at knifepoint in Florida. (Broward Sheriff's Office)

The victim said she got ahold of the pocket knife after a struggle and stabbed him in the stomach with it before running away from the gas station.

The girl ran out of the store but didn't contact authorities because of her immigration status, the affidavit said, according to Local 10.

Police said another customer entered the gas station about 20 minutes later and Munshi called for help, claiming he had been stabbed by a shoplifter.

Munshi was questioned at the hospital and was unable to keep his story straight, WSVN reported.

Additionally, surveillance footage reportedly showed the events unfold as the victim had stated.

Munshi was arrested on April 10 and charged with one count of armed sexual battery. He spent six days in jail before posting a $75,000 bond and surrendering his Bangladesh-issued passport, the Sun-Sentinel reported.