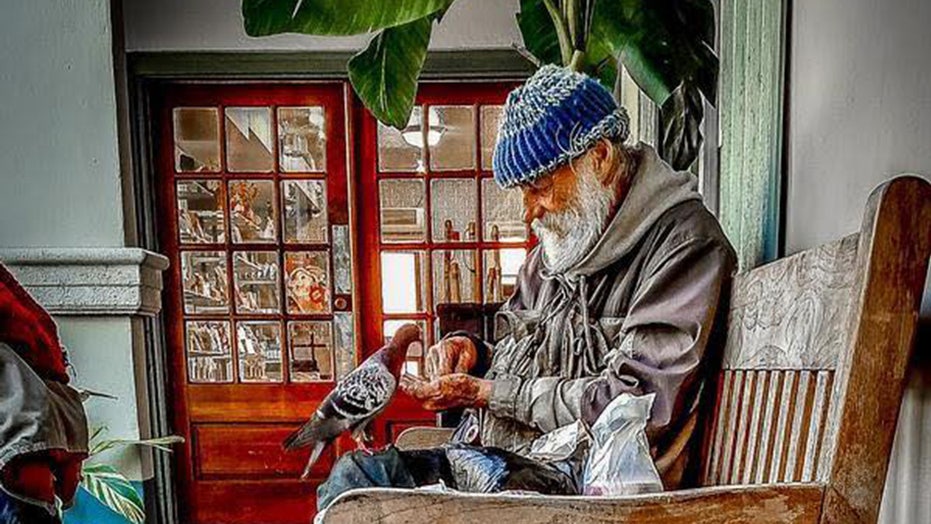 A Florida police department is making sure that a homeless veteran who served during the Vietnam War and was described as "a unique soul” will be buried Friday with the honors he deserved.

The afternoon burial for John Meade Jr. at the Jacksonville National Cemetery is being hosted by the St. Augustine Police Department with the public invited.

“John Meade Jr. was a unique soul and connected with everyone he met,” the department said in a Facebook post on Tuesday. “That's why the St. Augustine Police Department's Outreach Team exhausted all resources to find information that would help them learn a little more about Meade. Unfortunately, Meade lived off the grid alone.”

IT WAS REALLY OVERWHELMING': THOUSANDS ATTEND FUNERAL OF VETERAN WHO HAD NO FAMILY

John Meade Jr., a member of the Army during the Vietnam War, was a unique soul and connected with everyone he met, police said.<br> ​​​ (St. Augustine Police Department)

The team was unable to locate Meade’s family but did discover he served in the Army from 1966 to 1968 and was honorably discharged.

"It was kind of my mission to make sure that he got what he deserved,” Officer Steven Fischer told Fox 30 Jacksonville.

It's unclear how old Meade was when he died several months ago. A cause of death wasn't revealed.

Fox 30 reported interviewing David Carni, a friend of Meade’s, who said, “He was a part of our town.”

Facebook commentators praised the police department for its efforts on Meade’s behalf.

“Every time I drove by him I would give him money,” Dan O’Connor Sr. wrote. “He never asked for it and never held a sign.”

He added, “I had seen a couple of people trying to reach out to him from time to time, but he was content where he was at. He made my day a lot of times. I only hope I did the same in return.