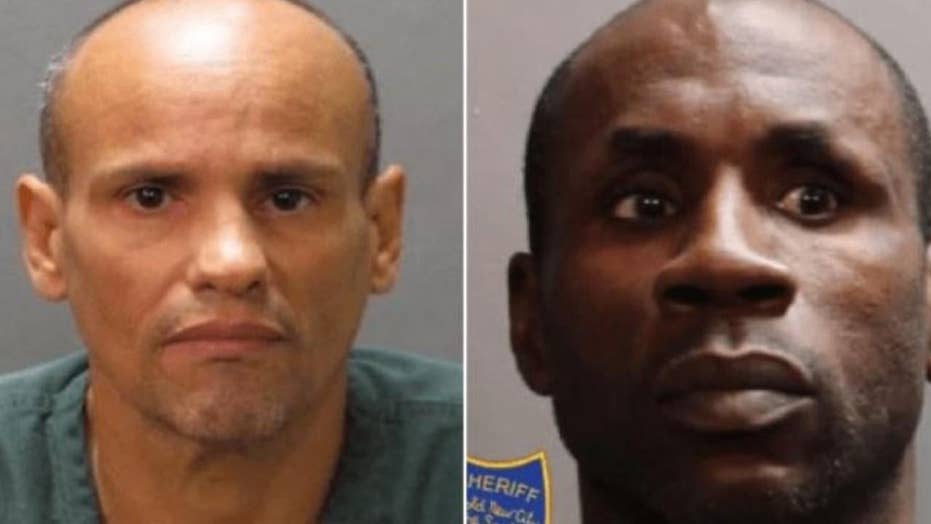 Paul Dixon has been charged with second-degree murder in the death of David Oseas Ramirez. The death allegedly occurred after the cellmates got into an argument.

A Florida inmate was arrested after he allegedly killed another inmate — who was serving a life sentence for molesting a child — in his jail cell last week, officials said.

Paul Dixon, 43, was charged with second-degree murder in the death of David Oseas Ramirez, 56, local media reported. While the victim was not identified by police, the Jacksonville Sheriff's Office said Dixon killed his cellmate on Tuesday.

Dixon, who police said was serving time for a murder he committed when he was 17 years old, was reportedly involved in a verbal altercation with his cellmate which eventually led to a physical confrontation.

"The suspect killed the victim in his cell. A third cell-mate was present and witnessed the murder," the sheriff's office wrote on Facebook last week. Online jail records indicate Dixon is scheduled to appear in court Aug. 21.

Ramirez was found dead on the fifth floor of the Duval County jail, according to WTLV. Sources told the news outlet Ramirez was beaten and drowned in the toilet of his jail cell by his cellmate.

Ramirez was charged in 2012 with lewd and lascivious molestation of a victim less than 12 years old and was sentenced in 2013 to life in prison.

The Jacksonville Sheriff's Office did not immediately return Fox News' request for comment. The office's medical examiner will reportedly determine an official cause of death.