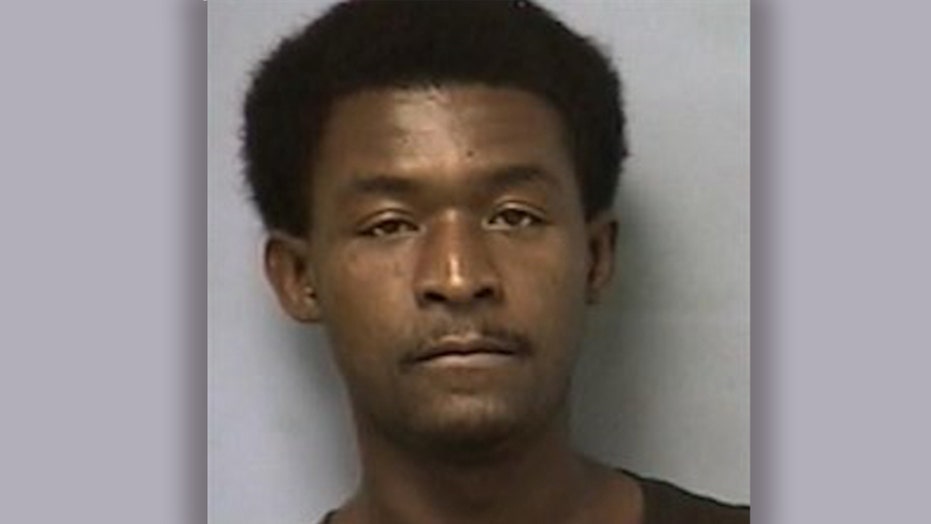 An Arkansas man who was convicted of attempted murder allegedly left court during a recess — in the company of a juror on his case — and later fled during his sentencing, according to prosecutors.

Madriekus Blakes, 32, was convicted Tuesday of two counts of attempted first-degree murder and four counts of a terroristic act for a September 2018 shooting at a convenience store in West Memphis, a city roughly 120 miles northeast of Little Rock.

Madriekus Blakes, 32, left his trial with a juror on his case, and fled during his sentencing the next day, prosecutors said. (Second Judicial District Prosecuting Attorney)

Blakes, according to police, had been fighting with a man he claimed owed him money and fired four shots at the man and his father while they were sitting in a truck outside the store.

On Tuesday, a circuit court judge recessed jurors for the evening and said deliberations would start the following day. Blakes was spotted leaving the courthouse in an orange Chevrolet Camaro — which bailiffs linked to one of the jurors on Blakes' trial.

The judge questioned the juror about driving Blakes home, and was told the two "did not talk about the case," prosecutors said, according to a press release from the second judicial district prosecuting attorney's office. The juror was excused and an alternate juror filled his spot.

Jurors on Wednesday recommended Blakes be sentenced to 20 years in prison on each of the attempted murder charges and receive a $5,000 fine for the remaining counts.

But during those deliberations, authorities say Blakes fled the courthouse.

The judge will sentence Blakes once he's captured, officials said.