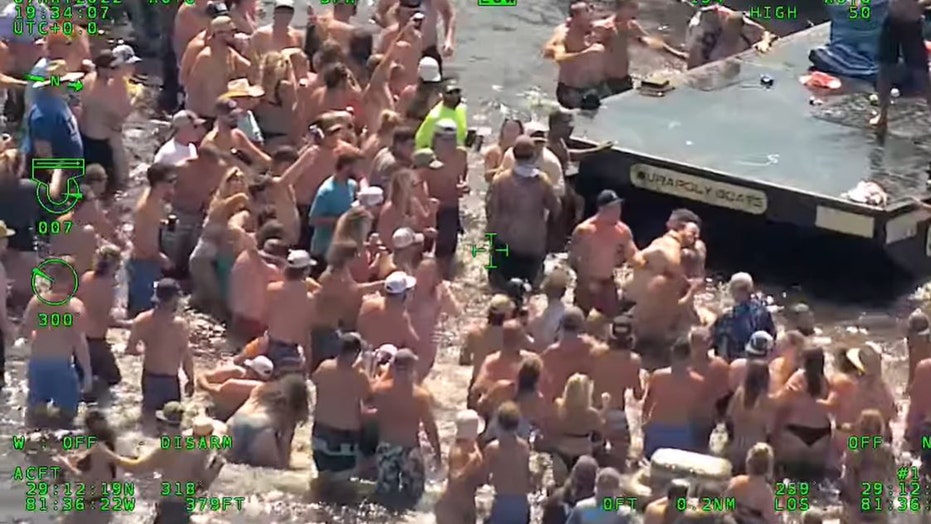 A Florida lake party dubbed "Mayhem at Lake George" resulted in multiple arrests and the hospitalization of one partygoer after a fight broke out, authorities said.

"Like anything else you’re going to have knuckleheads to try to ruin everything and our job is to eradicate the knuckleheads," Sheriff Mike Chitwood told FOX35 Orlando.

The sheriff’s chopper pilot spotted an unconscious man bleeding from his head on the stage and moved in to render aid, authorities told the station. With help from some partygoers, deputies were able to get the man to the helicopter.

Chitwood said deputies also arrested around 12 people. The arrests included some of those believed to be involved in the fight along with several alleged boating DUIs.

The "Mayhem" party is an unsanctioned event that has been held on the lake on the first Saturday of every May, the station reported.