Two people were arrested, accused of "obviously racing" at speeds of more than 100 mph on the Skyway Bridge in Florida Sunday evening.

A Florida Highway Patrol trooper said he saw the two cars "traveling at high rates of speed, in and out of traffic, and trying to pass each other."

Video of the incident released by the Florida Highway Patrol shows both cars speeding close to other vehicles. 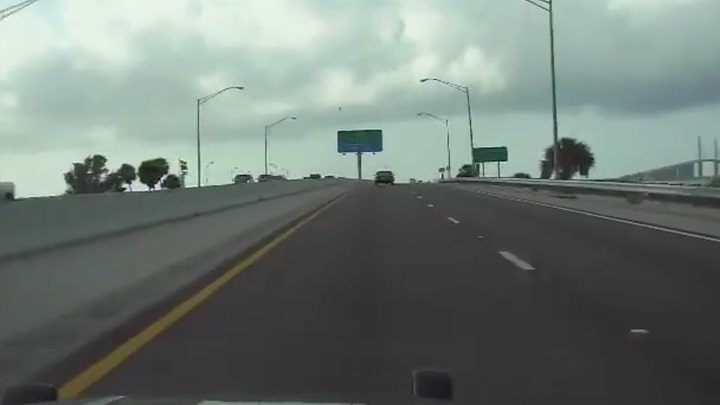 PEOPLE WHO DRIVE THIS CAR GET THE MOST SPEEDING TICKETS

The Florida Highway Patrol said it has seen an uptick in speeding ever since the coronavirus pandemic emptied out the roads.

"FHP has seen a rise in speeding, in excess of 100 mph, since traffic patterns reduced following the arrival of COVID," FHP Sgt. Steve Gaskins said. "Not only does the risk to speeding drivers dramatically increase at such high speeds, in this case vehicles were traveling at 171 feet per second, but the risk to other drivers is magnified, as speeding drivers reduce their reaction time to avoid roadway hazards and other traffic."

They both face charges of reckless driving and racing on the highway. Both cars were also seized for 30 days.