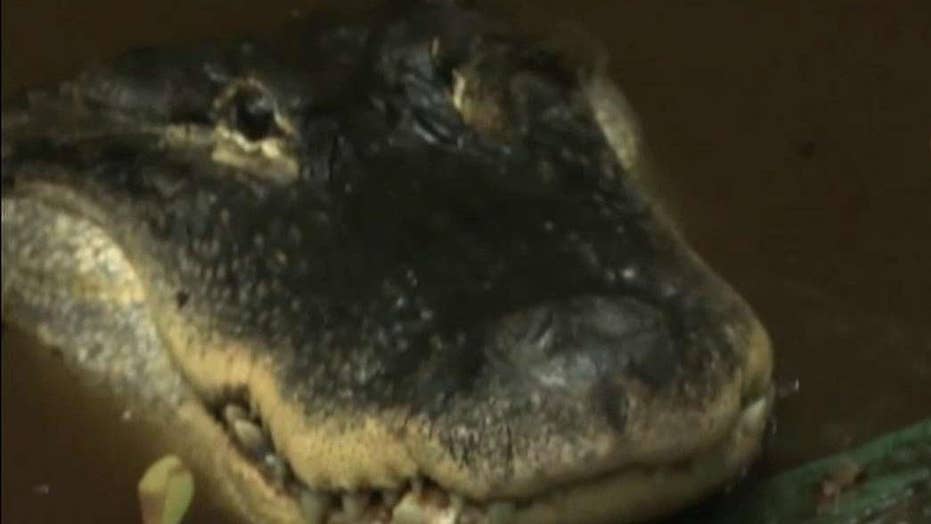 Retired fire fighter has looked after the gator for 47 years

A man says he will do whatever it takes to keep his pet alligator after Florida wildlife officials told him it was too big to roam in his garden.

The creature, whose favorite treats include pizza and cookies, has been with him since he was a boy.

He even took him to college.

It is not the first time Mr Van Buren, who lives in Coconut Grove, has faced a battle to keep his pet.

In a case that made headlines around the country, the state took Gwendolyn away from him in 1994.

But Mr Van Buren went to court and got him back when the judge ruled in his favor.

Mr Van Buren says Gwendolyn is healthy and is not a danger to anyone, and he will do whatever it takes to keep him.

Florida Fish and Wildlife officials say Gwendolyn is used to living with Mr Van Buren and it would be best if he stayed with him.

But they insist Mr Van Buren will need to make changes to his property so he has more space.