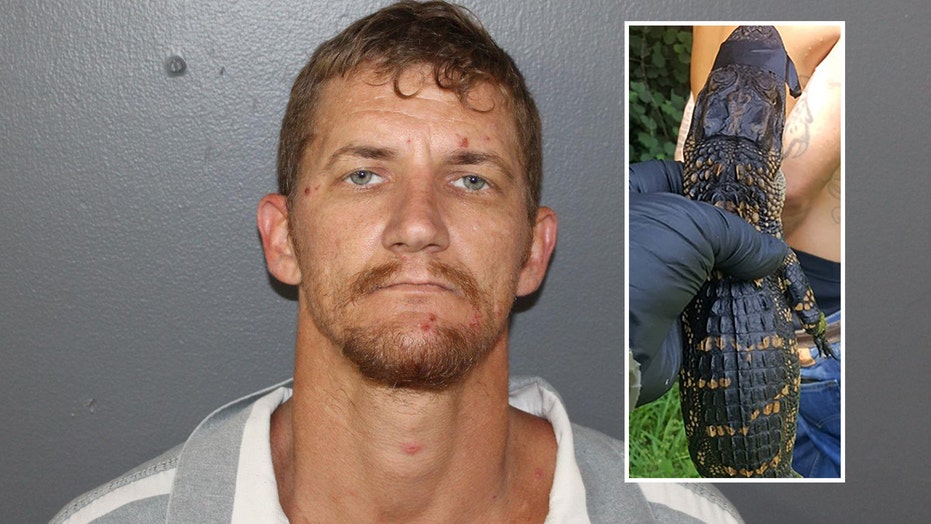 A Florida man who was found in possession of illegal drugs during a traffic stop also had a baby alligator bound with tape in his passenger seat, authorities said.

Before deputies could search the car, Richardson told them he had a live alligator in his front seat, the sheriff’s office said. Officers located the baby alligator inside a black bag with its mouth taped shut.

Richardson told deputies a friend had given him the baby gator. (Hardee County Sheriff's Office)

Richardson told deputies he didn’t have an alligator trapping or hunting license. He claimed a friend gave him the gator, and he planned on releasing the reptile into the river, according to the sheriff’s office.

Deputies notified the Florida Fish and Wildlife Conservation Commission about the alligator before removing the tape from its mouth and releasing it into the Peace River.

Richardson was arrested on multiple drug charges and illegally possessing or capturing an alligator, the sheriff’s office said.