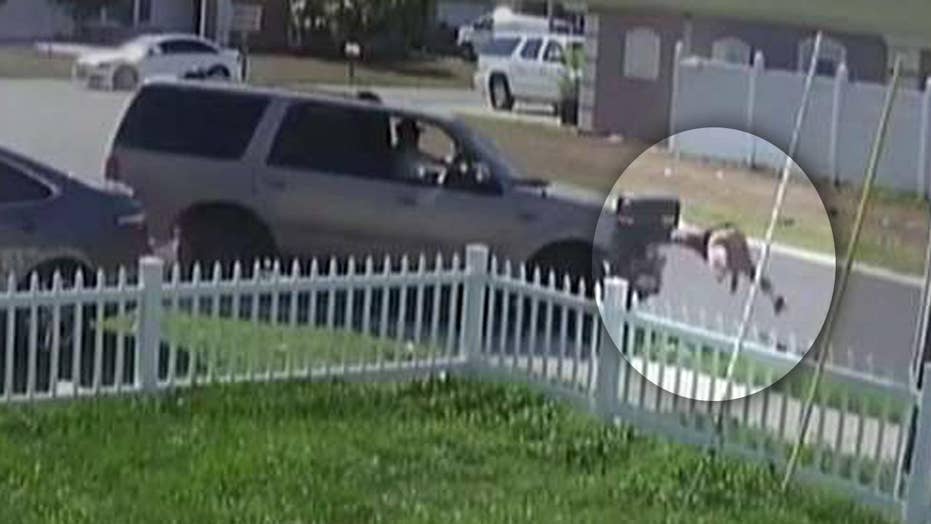 14-year-old miraculously survives crash with cuts and bruises; driver still on the loose in Florida

Florida troopers have arrested the owner of a vehicle involved in a hit-and-run incident on Monday.

Samantha Henry, 22, the registered owner of the Ford Expedition was not in the vehicle during the hit-and-run in Holiday, according to Fox 13. But she is being charged with filing a false police report after admitting to law enforcement that she knew who took her vehicle despite reporting it stolen on Monday, according to WFTS.

The SUV was discovered Wednesday behind a car dealership.

Christopher Try, 20, was arrested in connection to the incident. He has been charged with leaving the scene of an accident involving injury and reckless driving. Authorities are still searching for Kevin Wilson, 23, who is also thought to have been involved.

The surveillance footage of the dramatic hit-and-run showed the SUV speeding down a street and swerving into the sidewalk before it struck a teenager who was riding his bicycle. The teenager flew off his bike and miraculously sustained only minor injuries. The May 15 accident was captured on a home surveillance video.