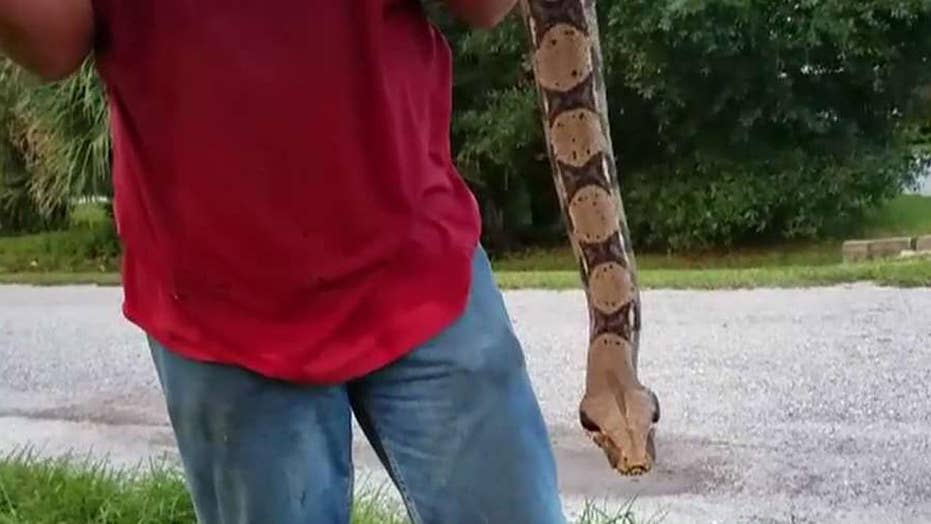 Heard strange noises coming from the attic for years

That is what a Florida man said after he found a 6-foot-long boa constrictor that had been living unnoticed in his attic.

Bob van der Herchen told FOX13 that he saw a portion of the snake in the ceiling.

"I see it," van der Herchen said. "And I could only see about this much of it," he said while using his hands to make a small circle.

Mark Lampart, a snake trapper, arrived at the home and after some wrangling, removed the 6-foot boa constrictor from the attic.

"The snake got over the PVC pipe and was not moving," van der Herchen said.

While digging for the snake, a large piece of the reptile's skin was discovered.

"When he pulled that snake skin out, I said, 'That's a sign he must have been there for quite a while,'" van der Herchen recalled.

After more than two hours later, the snake was captured.

"I'm glad we could get it. It was very difficult," Lampart said.

The homeowner said he believed the boa constrictor slid into the attic from an overgrown tree branch hanging near the home.

"I thought it was bigger than 6 feet," van der Herchen said. "And when I was trying to take a picture of it, the snake went, 'hiss'."

The snake was not harmed in any way and Lampert said he hoped to find the reptile a home.