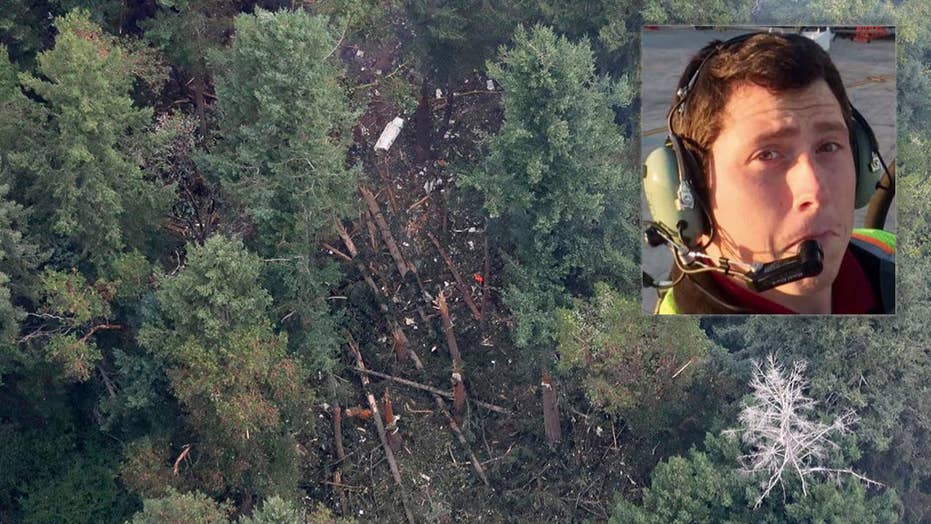 Flight data recorder, human remains found after stolen plane takes off from Sea-Tac International Airport and crashes into an island; Jeff Paul reports on what investigators hope to learn.

Federal officials announced late Sunday that they recovered the flight data recorder and human remains from the stolen commercial airplane that took off from Sea-Tac International Airport and crashed into a small island in Puget Sound.

The FBI recovered the cockpit voice recorder from aircraft N449QX and the National Transportation Security Board is processing the data. The Pierce County Medical Examiner’s Office is in possession of the remains.

The plane was located and was considered “highly fragmented.”

“The wings are off, the fuselage is, I think, kind of positioned upside down,” Debra Eckrote, the Western Pacific regional chief for the National Transportation Safety Board, said. No structures on the ground were damaged by the plane, which sparked a small wildfire.

Richard Russell, 29, is presumed dead. Authorities don't know why he took the plane, but he could be heard on audio recordings telling air traffic controllers that he is "just a broken guy." His family says it's clear he didn't mean to harm anyone.

In a written statement to the media on Saturday, Russell's family described him as a faithful husband, loving son and a good friend who didn’t mean to harm anyone.

“This is a complete shock to us,” the statement read. “We are devastated by these events and Jesus is truly the only one holding this family together right now.”

Video showed the Horizon Air Q400, a turboprop plane that seats 76 people, doing large loops and other dangerous maneuvers as the sun set on Puget Sound. The plane was believed to be empty except for Russell.

Horizon Air is part of Alaska Air Group and flies shorter routes throughout the U.S. West.

Two F-15C aircraft were scrambled from Portland and pursued the plane but authorities say they didn’t fire on it before it crashed on tiny Ketron Island, southwest of Tacoma, Washington.

“The greatest threat we have to aviation is the insider threat,” Erroll Southers, a former FBI agent and transportation security expert, told the AP. “Here we have an employee who was vetted to the level to have access to the aircraft and had a skill set proficient enough to take off with that plane.”