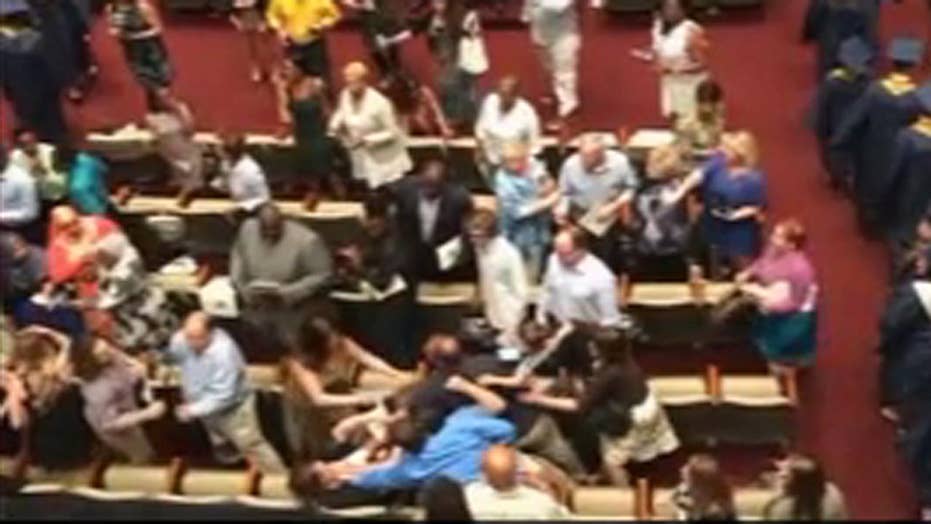 New video showed a fight breaking out at the start of a high school graduation on Tuesday night in a Memphis, Tennessee, church.

The footage was captured during the Arlington High School graduation ceremony at the Bellevue Baptist Church.

A separate video shows a woman in handcuffs sitting in the church lobby, Fox 13 reported.

The fight apparently started because a family was trying to save a seat and a woman became bothered by it, according to WREG.

It was not immediately clear whether anyone was arrested or charged.

“The graduation ceremony was not affected by this incident due to the actions of Bellevue’s security team who promptly removed the adults from the ceremony,” Tammy Mason, the superintendent of Arlington Community Schools, said in a statement according to the Commercial Appeal.

“It is our hope that the focus will shift to our students and their accomplishments instead of the poor decisions by adults in attendance,” Mason said.