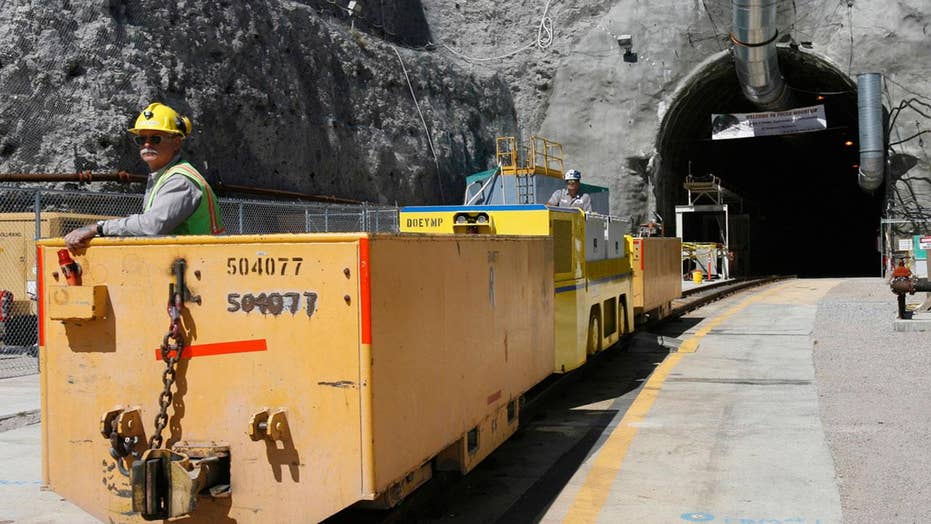 The decision gives the go ahead for the “information gathering” stage that will eventually allow the Department of Energy to secure the license to build a nuclear waste facility more than 100 miles northwest of Las Vegas.

The project was long considered dead, especially when former President Barack Obama stopped federal funding in 2011. The site has been the subject of countless legal debates on the local, state and federal levels. The project has been under consideration since the eighties and was initially approved by Congress in 2002.

The decision to move forward with the project has received bipartisan disapproval among state officials.

“This announcement is another sign that the Trump Administration continues to stack the deck against Nevada and maneuvers to revive the unworkable Yucca scheme," Rep. Dina Titus, D-Nev., said in a statement. "These funds are the tip of the iceberg in a project that would cost ratepayers at least $80 billion."

Sen. Dean Heller, R-Nev., is also a vocal opponent of Yucca Mountain. In July, the Senate Appropriations Subcommittee on Energy and Water voted to not include a $120 million request by the DOE to revive the facility.

"It’s irresponsible for the NRC to move forward on Yucca Mountain given that it’s unknown how much funding if any it will ultimately receive next year, and especially at a time when I’ve been successful in excluding funding for the project from the appropriations bill in the U.S. Senate," Heller said in a statement. "Nevada has made clear it will fight Yucca Mountain every step of the way…”

In 1982 Congress passed the Nuclear Waste Policy Act which was a binding agreement stipulating the U.S government was responsible for disposing of nuclear waste. Through Congressional approval, Yucca Mountain was the first spot under consideration for the disposal of nuclear waste in the U.S., and it has been that way for over 30 years.

Scientists say the material can take tens of thousands of years to degrade. Local and state officials worry having such hazardous waste in their state would create a stigma and present health dangers in the event of contamination to groundwater.