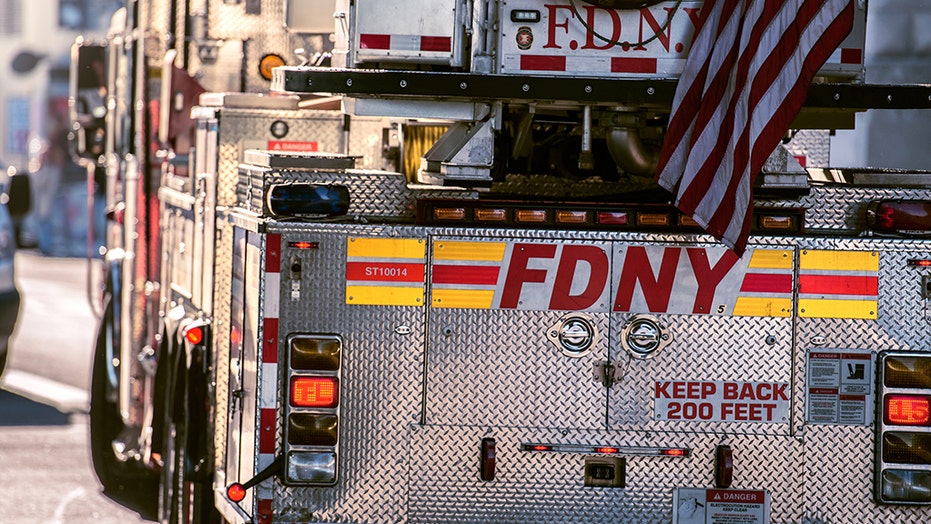 A New York City firefighter who found his brother's body in the rubble of Ground Zero died on Saturday after a battle with pancreatic cancer linked to the rescue work he did after 9/11.

Daniel Foley, 46, spent days searching for his firefighter brother, Tommy Foley, before he was found 11 days after the attacks. Tommy was 32.

"The Foley family wishes to thank family and friends for their support and love over the last year during Danny’s battle, including the New York City Fire Department, especially Danny’s brothers in Rescue Company 3," the family said in a statement.

AOC SAYS SHE GOT GODDAUGHTER INTO BRONX CHARTER SCHOOL

Daniel Foley was not assigned to recovery efforts with Rescue Company 3 but came back every day after finding his brother. Originally working at Ladder 49 in the Bronx, he transferred to Rescue Co. 3 in the years following 9/11, FDNY spokesperson Jim Long told CNN. Rescue Company 3 lost eight members on 9/11. Their father, Tom Foley Sr., also worked in rescue efforts at Ground Zero and died of 9/11 related cancer in 2016.

"The attacks on the World Trade Center have claimed yet another brave member of our Department, and the Foley family," FDNY Commissioner Daniel Nigro said in a statement, according to Fox 5 New York. "Daniel Foley, like his brother Thomas who was killed on September 11th, dedicated his life to rescuing others. We will never forget them."

The Foley family had set up the FF Thomas J. Foley Memorial Foundation to celebrate the life of Tommy and to provide scholarships to dependent children of active or retired FDNY firefighters or officers.

"It's continuing to affect people and their families through every kind of illness," said Carrie Benedict Foley, Daniel Foley's widow, according to the Journal News. "19, 18 years later, you find you have cancer."

Foley was married with five children. He was a 21-year veteran of the department.

Over 200 firefighters have lost their lives from illnesses related to working at Ground Zero after the attacks.

President Trump signed a bill in 2019 which extended the 9/11 Victim Compensation Fund that permanently compensates those injured during the 2001 terrorist attacks.

Before his signature, comedian Jon Stewart passionately went before Congress to advocate for the permanent fund, which now gives compensation for victims through 2090.

“They responded in five seconds," Stewart shouted before Congress last June. "They did their jobs [with] courage, grace, tenacity, humility. Eighteen years later, do yours."