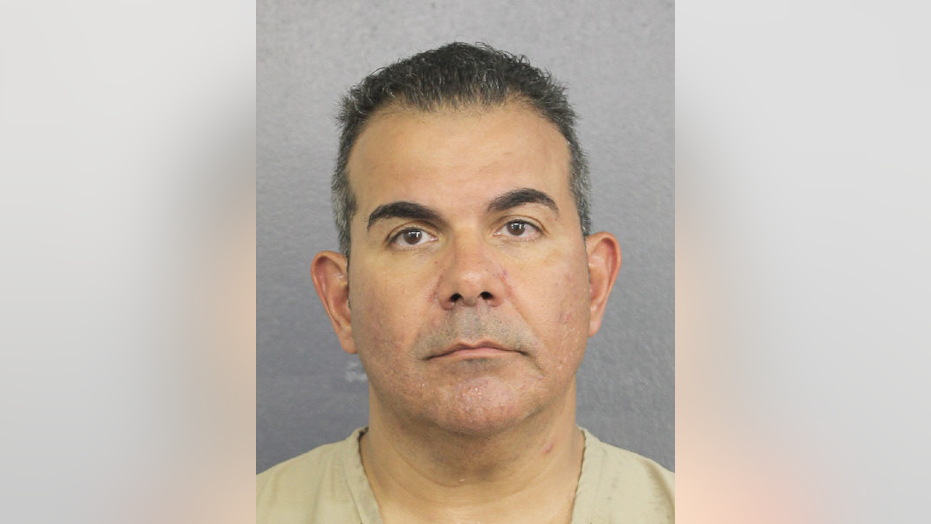 A Florida police officer was arrested by the FBI Thursday on charges of possessing child pornography.

The FBI interviewed Albala on Thursday morning before arresting him in the afternoon, according to FBI Miami.

Boynton Beach Chief of Police, Michael G. Gregory said in a statement that Albala had been relieved of duty following his arrest.

Gabriel Albala, 45, of Margate, Florida was arrested without incident on child pornography charges in Boynton Beach on Thursday and is currently in federal custody. He was scheduled to appear in Fort Lauderdale federal court on Friday. (Broward Sheriff's Office)

"This morning, agents from the Federal Bureau of Investigation interviewed a Boynton Beach Police Officer in regard to an ongoing federal investigation," Gregory said. "This afternoon, the officer was taken into federal custody and relieved of duty ... While this investigation has drawn scrutiny of this particular officer's conduct, it is not reflective of all the women and men who serve this community."

FAMILIES CONFRONT COP KILLER SENTENCED TO DEATH FOR SHOOTING 2: 'I HOPE YOU BURN IN HELL'

The FBI's Miami office did not respond to Fox News request for comment.

The South Florida Sun-Sentinel reported that Albala is accused of purchasing child pornography via the microblogging website Tumblr in September and October of last year. The transactions, which were done over Venmo, were described as innocuous purchases, such as "Textbook" and "Tutor."

The paper reported that Albala's next court appearance is set for Sept 4 and his arraignment is scheduled for Sept. 13.