Logo of the University of Farmington in Farmington Hills, Michigan.  (Department of Homeland Security )

The Department of Homeland Security set up a fake Detroit-area university to target foreign students who wanted to stay in the U.S. without proper authorization in a “pay to play” scheme, according to reports.

Eight people were arrested and charged with conspiracy to commit visa fraud and harboring undocumented immigrants for profit, Matthew Schneider, U.S. Attorney for the Eastern District of Michigan, told the Detroit Free Press. Six were arrested in Detroit, one in Florida and other in Virginia.

The fake institution, dubbed the University of Farmington, had been operated by Homeland Security in Farmington Hills since 2015 and had a website touting its "dynamic business administration and STEM curriculum." The school had no faculty or classes and no curriculum.

An email from Fox News to Immigration and Customs Enforcement early Thursday was not immediately returned.

The students enrolled to obtain jobs under a student visa program called Curricular Practical Training, according to the paper. An indictment unsealed Wednesday said the defendants helped 600 undocumented immigrants to enroll in the fake university in exchange for cash, kickbacks and tuition credits. 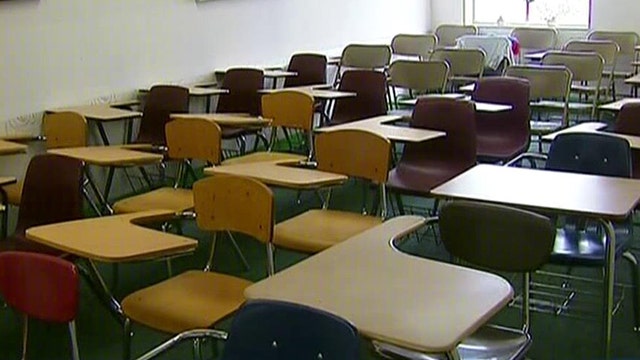 The indictment alleged the students who enrolled "knew that they would not attend any actual classes, earn credits or make academic progress towards an actual degree,” but enrolled only to remain in the country. Student visas allow individuals to remain in the U.S. if they are enrolled in school and working toward a degree. If not, they must leave within 60 days.