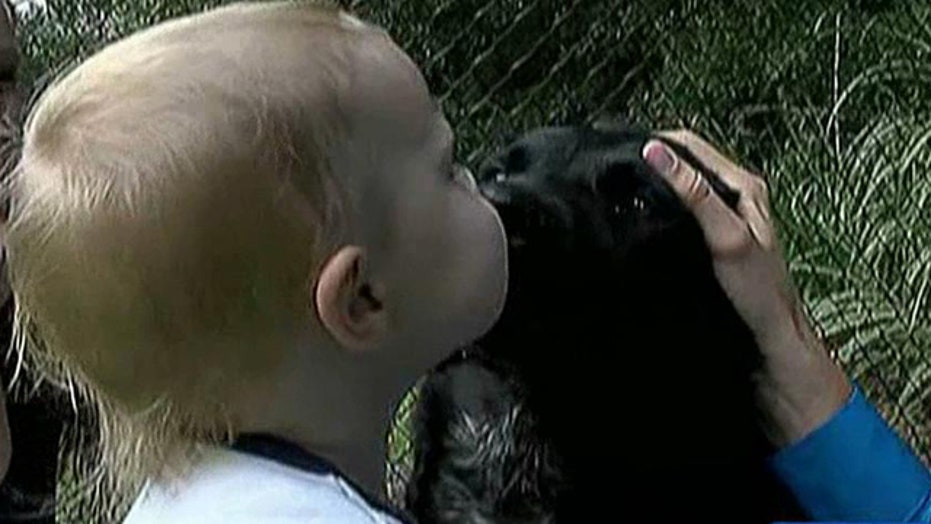 A South Carolina couple is crediting their erstwhile family dog with helping them discover their babysitter was secretly abusing their seven-month-old son when they weren’t home.

Benjamin and Hope Jordan tell Fox News' "Fox and Friends" they grew suspicious of 22-year-old Alexis Khan, who pled guilty to assault charges earlier this week, after their dog, Killian, began acting aggressively toward her.

"About five months into her being our baby sitter, we started to notice that our dog was very protective of our son when she would come in the door," Benjamin Jordan told WCSC. "He was very aggressive towards her and a few times we actually had to physically restrain our dog from going towards her."

Disturbed by the dog’s demeanor, Hope Jordan secretly placed an iPhone under their couch to record what occurred when they left their son Finn in Khan’s care.

"It started with cussing," Benjamin Jordan told WCSC. "Then you hear slap noises and his crying changes from a distress cry to a pain cry. I just wanted to reach through the audio tape, go back in time and just grab him up. To know that (for) five months I had handed my child to a monster, not knowing what was going on in my house for that day."

Perhaps most concerning, Benjamin Jordan told Fox News he heard what he thought was his son being shaken.

Charleston City Police arrested Khan, who had initially passed a criminal background check conducted by the Jordans, a few weeks later and she confessed to the abuse.

This week, Khan pleaded guilty to assault and battery in Charleston County Circuit Court and will serve one-to-three years in prison, according to WCSC.

State authorities will also reportedly place Khan on a child abuse registry, meaning she can no longer work with children.

“He is a very personable dog so for him to show aggression toward anyone is a sign that something was wrong,” Benjamin Jordan told Fox News. “We hope other parents …can learn from our lesson.”

The Jordans also told Fox News that their son is now doing fine, and does not show any lingering signs of the traumatic experiences he suffered under Khan’s care.