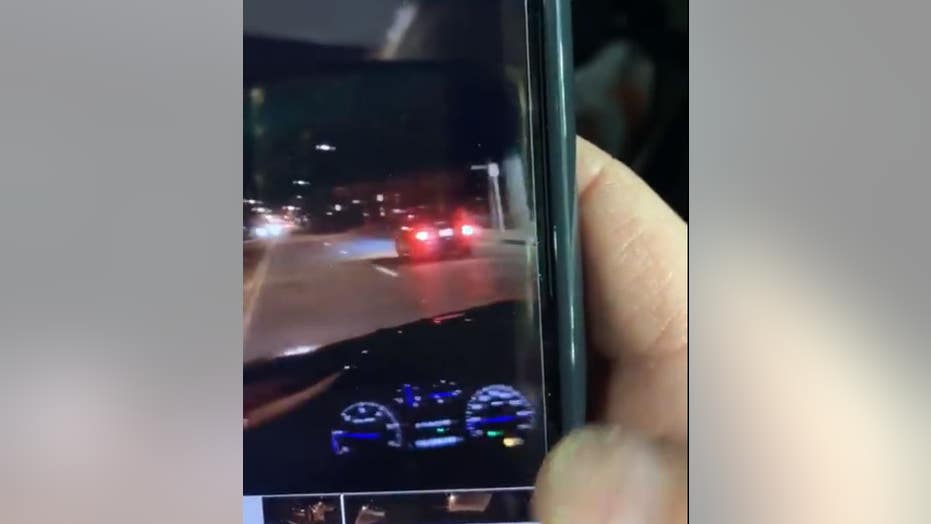 A Massachusetts couple traveling with their three children posted video this week showing them chasing down a vehicle that matched an Amber Alert description following the alleged kidnapping of an 11-year-old Springfield schoolgirl.

The girl, Charlotte Moccia, was ultimately found safe nearly six hours after she was reported missing, thanks in part to the family's efforts, Massachusetts State Police said. The suspect, identified as Miguel Rodriguez, 24, of Springfield, was arrested Wednesday evening.

The couple -- Amanda Disley and her husband Benny Correa -- noticed a dark blue Honda described as having "distinctive rims" that matched the Amber Alert previously sent out in relation to the kidnapping, according to Boston's WYCN-LD.

Disley showed the Amber Alert photo of the Honda to Correa, who "noticed the wheels automatically," the station reported.

"It's him, it's him! It's a blue Honda Civic and they're doing 100 miles per hour right now!" Disley and Correa are heard shouting in the video during the heart-pounding scene. "He's blowing through red lights!"

"It's him, it's him! It's a blue Honda Civic and they're doing 100 miles per hour right now! He's blowing through red lights!"

Disley's video, posted on Facebook, also includes her written description of what transpired.

"Some of the video sorry for dramaticness but when I saw the person in the back seat being pushed down all we could think about is her and the danger she was in," Disley writes. "[I] wasn’t even sure if it was the right car just the gut feeling my husband and I had by the rims and the funny movements in the car."

Responding officers pulled the car over and found Moccia in the back seat and Rodriguez behind the wheel. The girl was evaluated on the scene and didn't appear to be injured.

MICHELLE CARTER, WOMAN CONVICTED IN TEXTING SUICIDE CASE, TO BE RELEASED EARLY FROM PRISON BECAUSE OF GOOD BEHAVIOR: OFFICIALS

The girl's family released a statement Thursday, thanking everyone who helped get the child back safe, according to WYCN-LD.

"In particular, we’d like to thank Amanda Disley and her husband for their vigilance and courage for putting themselves in harm’s way to make sure she wasn’t out of their sight," the family said, according to the outlet.

During his arraignment Thursday, Rodriguez pleaded not guilty to kidnapping charges, WYCN-LD reported.

Separately, court documents show a relative of Rodriguez had filed a restraining order against him in 2018, alleging he "caused [her] to engage in sexual relations by force, threat or duress."

The family member added he sexually assaulted her when she was 13, according to the outlet.